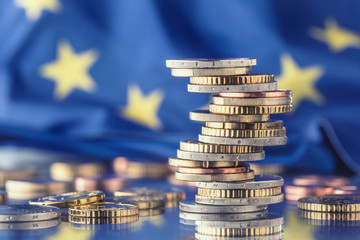 Benoit Coeure, a European Central Bank (ECB) board, has insisted that global stablecoins are largely untested. Therefore, they pose major potential risks across multiple policy domains like the European Union.

Coeure who is a member of the ECB’s Executive Board was speaking on November 26 at the Joint Conference of the ECB and National Bank of Belgium. His speech entitled “Crossing the chasm to the retail payments of tomorrow.”

Coeure’s speech majorly focused on the failure to establish a pan-European, market-led solution for the existing digital retail payments. In spite of the progress with the TARGET Instant Payment Settlement (TIPS) system and the back-end initiatives like SEPA, there is no pan-European solution that has made similar progress in the point-of-sale and online payments.

Thus, the European Union is at risk of losing its economic edge. The current national fragmentations are paralyzing competition, in turn, stifling innovation on the pan-European level. 20 years after the introduction of the Euro, the failure to harmonize and unify cross-border payments services have pushed consumer interest to focus on new ecosystems and faster and cheaper alternatives.

He also warned against the probable risks of Europe’s reliance on new global initiatives saying:

“Global stablecoin arrangements […] raise potential risks across a wide range of policy domains, such as legal certainty, investor protection, financial stability and compliance with anti-money laundering requirements. Public authorities have made it clear that the bar will be set very high for these stablecoin initiatives operate legally.”

Couere continued to insist that dependence on various non-European global players results in a strategic risk to the:

The ECB’s Executive Board member further suggested that central banks have to advance. They need to adapt their tools and policies to respond to new consumer protection and monetary policy transmission problems. The move is necessary as emerging technologies constantly reshape consumer payment behavior.

Coeure said that the European Central Bank is investigating whether central bank digital currencies (CBDC) could guarantee that citizens can continue to use central bank money even if cash is phased out. However, he also noted that there is a need to remain mindful of their wider effect on financial intermediation.

But, the potential central bank-led initiatives must not stifle the private sector investors aiming to create fast and efficient retail payments in the Eurozone. According to previous reports, Couere has constantly adopted a cautious opinion in respect to the global stablecoin payments systems. This discussion has considerably intensified ever since Facebook unleashed its Libra project whitepaper.

Libra has received stern warnings and opposition from many of the European lawmakers who include French finance minister Bruno Le Maire. According to Le Maire, Libra should never be authorized on any part of Europe. A ban on the Facebook token is necessary since it would majorly undermine the monetary sovereignty of states. Will the Libra Project ever see the light of day with such opposition? Only time will tell.