Bitcoin May Plunge to $4,500 But Most Miners Are Already Dropping Out 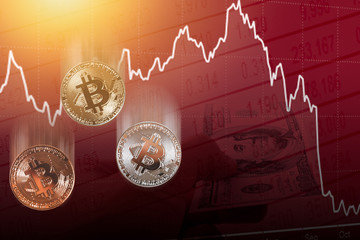 The Bitcoin price has almost bottomed out for 2019. However, there is a major threat that still remains for the markets to drop to $4,500 according to Willy Woo. The prominent analyst and statistician delivered this analysis in a live YouTube discussion about Bitcoin’s future on November 20 with trader Tone Vays.

Woo further believes that time is running out for BTC price drop. As the price oscillates around the $8,000 support, commentators and analysts have turned more bearish on the short-term outlook of the flagship token. That is the price action compared to the current action to that that preceded 2018’s lows of $3,100.

For Vays and Woo, 2019’s cycle could experience a plunge of almost 71% compared to the highs of $12,800 seen a few months ago. That would take Bitcoin to approximately $4,500 before the block reward halving event scheduled for May 2020. The halving is favoured by consensus as a bullish turning point for the price.

Woo believes that the market was still net long and he was waiting for a significant short phase to trigger a reversal. He added that time was limited to secure any further drops as a result of the halving proximity. Many of the weaker miners have now left the market due to the recent plunge in BTC price. That, in turn, will reduce the desire to further weaken the market.

No Reversal in Sight

Various analysts went on the Telegram trading channel to discuss the latest Bitcoin price action. One of them said:

“I’m totally back in cash now. There doesn’t seem to be an obvious sign of reversal. Going to sit on the sidelines until there is more indication.”

Previous reports revealed that the popular Stock-to-Flow model for charting the BTC price projects an average BTC/USD value of $8,300 until May. After that, the trajectory is open for a humongous leap to $100,000 by the end of 2021.

Eliminating the inefficient miners from the market will undoubtedly contribute to the long-term health of the Bitcoin network. Those miners who manage to stay in the market in the coming months most probably will be the ones operating in regions with cheap power costs while running successful and efficient mining rigs.

Anyone who pulls through the imminent shakeout will maybe also survive the immediate impact of the halving. Please note that the block rewards will shrink abruptly from 12.5 BTC to 6.25 BTC. Thus, the miners’ income would reduce by 50%. Just the most efficient miners will survive and remain operational after the halving.

However, if most of the weak miners drop out of the market before the halving, just a few miners may eventually capitulate after the May 2020 halving.

That would eventually become long-term bullish for bitcoin since it will minimize the number of sellers after the halving. With a large number of the miners holding on to their tokens, Bitcoin may explode quickly after May 2020.