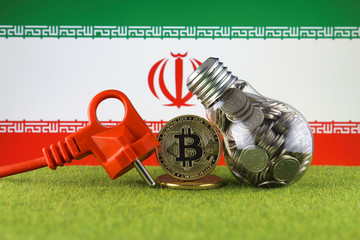 Crypto mining activities are seemingly increasing despite the price drops in the digital assets markets. In that context, Iranian authorities are striving to curb illegal crypto activities. According to the latest reports, these authorities have offered a bounty to anybody who exposes any illegal mining operations within the country.

During an interview with the local news outlet IRIB News, a spokesman from the Energy Ministry announced this bounty program. He was speaking while explaining the new electricity pricing mechanism designed for miners.

The spokesman in question, Mostafa Rajabi, was speaking on November 13. He said that people should expose any illegal crypto mining operations that are using the subsidized electricity tariffs. Anyone who exposes these criminals will get up to 20% of the recovery of damages.

Rajabi affirmed that the new regulations prohibit miners from operating during the peak hours of electricity consumption in the country. Additionally, he said that 9,650 rials ($0.29) per kilowatt-hour is the set average price of power for all crypto miners. That is the set price since it is for the export of electricity.

He highlighted that this price would be almost half of that in the colder months and around four times as much in the warm months. Hot weather results in a significant increase in the amount of electricity consumed.

Most of the recent regulations imposed on the crypto sector in Iran have been followed by major crackdowns on unauthorized mining operations. On August 1, the Iranian provincial police arrested a person for allegedly smuggling crypto mining machines into the country.

Notably, the country is constantly regulating crypto mining after announcing the probability of a yearly register of crypto mining operations in September. The Iranian crypto mining rules and regulations are not fully detrimental to local operations.

Iran’s National Tax Administration said in September that all domestic mining firms qualify for a tax exemption if they agree to return their overseas earnings into the local economy.