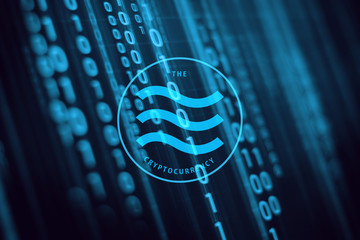 Ever since Facebook unveiled its whitepaper for the Libra Project, it has faced challenges and opposition from governments and regulators around the  world. However, Zhou Xiaochuan, the former head of the People’s Bank of China, thinks otherwise. He believes that the stablecoin would be readily trusted if it was operated by the International Monetary Fund (IMF).

The longest-serving governor of PBoC to date, from 2002 to 2018, believes that Libra could fair on much better with the backing of the global body. In his tenure, Zhou oversaw China as it soared to become one of the leading economies worldwide.

His comments came during a speech he delivered in Beijing as a part of the 10th Caixin Summit on November 8. The news came from a tweet from Dovey Wan, founding partner of blockchain investment firm Primitive Ventures.

Zhou Xiaochuan’s remarks suggest that his opinion on Libra comes from the concerns that surround the implications of the digital asset being governed by a sizeable consortium of private-sector firms.

The ex-governor thinks that the general public will wonder what is the motivation behind the Libra Association. He also argued that more trust would be afforded if the initiative was managed by an international body like IMF.

Zhou is convinced that the Libra Association will make a significant profit from the project. The involved institutions can then use the money for other things. They can use it to provide other financial services. In spite of these arguments, he also suggested that generally speaking, a project of Libra’s magnitude is a positive development.

China Expected to Lead in Launching a CBDC

The People’s Bank of China is expected to become the first in the entire world to unveil a central bank digital currency (CBDC). Many commentators allege that the project was accelerated by the direct competition from Libra. The token has so far generated considerable interest in the crypto world.

Mu Changchun, the PBoC Deputy Director, announced in August that the CBDC will be designed as a centralized, two-tier system. The central bank will be at the top tier. The second tier will be managed by the domestic commercial banks.

Joe Lubin, Ethereum’s co-founder, and ConsenSys CEO, said that the People’s Bank of China might not implement the decentralized blockchain design for its upcoming CBDC. He said that the asset is likely to get implemented in the maintenance of Chinese authorities’ current oversight of capital flows. If anything, the PBoC will use some of the cryptographic primitives of blockchain.