China Abandons Plans to Outlaw Crypto Mining; Is That Bullish for Bitcoin? 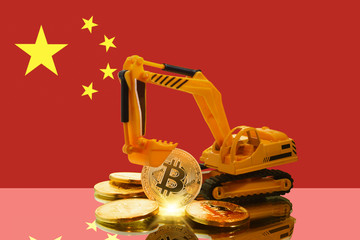 In recent weeks, China seems to have taken a new approach with regards to crypto and blockchain technologies. The Standing Committee of the 13th National People’s Congress in China confirmed that it has already passed a new crypto law.

That new law passed on October 26 aims at regulating cryptography. It is scheduled to take effect on January 1, 2020, as reported by the local news outlet CCTV. Now, a new development has emerged with authorities officially saying that Bitcoin mining will not face any state crackdown within China.

According to Blockstream CSO Samson Mow and others, as of November 6 mining does not feature on the list of industries Beijing considers undesirable.

What is in it for Bitcoin?

These new changes came through a new edition of China’s Industrial Structure Adjustment Guidance Catalog. That catalog takes effect from the start of 2020. Mow said:

“China’s National Development and Reform Commission has removed #cryptocurrency mining from the list of industries they want to eliminate. Bullish for #Bitcoin”

Earlier this year, a previous version of the document had interestingly included Bitcoin mining as one of China’s government top targets. That news is a rare advantage for Bitcoin-related activities within China. The Asian economic powerhouse has previously set rules that ensure any crypto activities outside the control of the central bank remain entirely banned.

President Xi Jinping’s recent blockchain technology endorsement coincided with a significant rise in BTC price. After that, the local media cautioned the public on misinterpreting the president’s remarks as supportive of cryptocurrency. After the November 6 announcement, little appeared to change on Bitcoin markets.

For several years now, mining has formed a profitable industry throughout China. Since the electricity costs are considerably low, major participants still reside in the country. A large Bitcoin mining rig manufacturer, Canaan Creative, will allegedly undergo a $400 million IPO later this November.