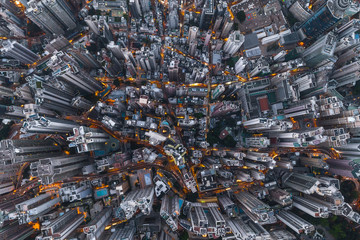 Since the ICO boom of 2017 and increased criminal activity levels in the cryptocurrency world, China banned all crypto activities within its borders. However, things seem to be changing. Recently, President Xi Jinping seemingly supported crypto activities as the launch of the People’s Bank of China stablecoin gets nearer.

Now, the Asia economic powerhouse has increased its participation in the nascent technologies. It has now launched a blockchain-based identification system for smart cities. The system aims at enhancing connectivity and data sharing between these cities. China seems to be following the lead of several Middle East countries that are setting up smart cities aiming to diversify from relying on hydrocarbons like gas and oil.

China’s system has been developed by three institutes in Shijiazhuang city. It is designed to assign a distinct, global digital ID to nationwide smart cities as reported on November 4 by Global Times. The report cited the state-run Xinhua News Agency.

The director of the Zhongguancun Industry & Information Research Institute of Two-dimensional Code Technology, Zhang Chao, explained that this system was self-develop by China. The Institute is one of the developers of the blockchain-based ID system. Chao said that the system will be independently distributed and managed by China.

A unified distribution rule will apply and a resolution of distributed storage and tamper-resistant code will be applicable. Ever since 2012, China started piloting smart city development and begun setting them up in 2016. The country aims to build at least 100 smart cities by the end of 2021.

As of 2018, Deloitte reported that China had the highest number of smart city pilot projects worldwide registering about 500 of them. The country is also adopting blockchain technology at a fast pace. In October, President Jinping publicly supported the technology. At that time, he said that the country should take a leadership role in its development.

After five years of research and development, China is almost ‘ready’ to launch its national digital currency.