Miners Surpass $1B in Fee Revenue as Bitcoin Thermocap Nears $15B 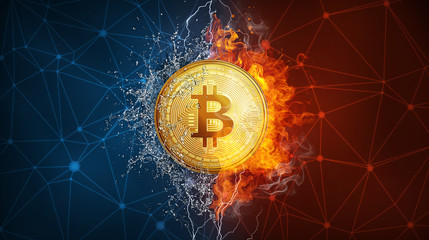 By mid-October, Bitcoin miners were reported to have made close to $15 billion securing the network. Data obtained from Coin Metrics released on October 15 showed that since bitcoin’s invention in 2009, miners had got cumulative revenue of just below $15 billion.

The figure is commonly known as thermocap and it comprises of both block rewards and transaction fees. These rewards are the ‘new’ bitcoins paid tot eh miners for authenticating a block of transactions. A huge chunk of the thermocap is made up of the block reward.

An analyst at crypto-focused advisory firm ARK Invest, Yassine Elmandja, said that the transaction fees only surpassed the $1 billion mark earlier in the week. He twitted citing the latest Coin Metrics data.

Bitcoin fees and block rewards are decreasing constantly over time. With the block rewards reducing at set intervals, fees have so far been a free market. Fluctuations are a common occurrence. Coin Metrics highlighted:

The company concluded that since February 2018, the BTC cumulative fees have grown significantly slower compared to the rate of cumulative block rewards growth. This year, the fees have remained significantly lower compared to the past years. All this has happened in spite of the Bitcoin price remaining higher than in the large part of its existence.

In September 2019, there was one Bitcoin whale that moved $1 billion worth of BTC for just $700 as transaction fees. However, reports emerged that they paid 20 times too much. Earlier in October, another transaction saw a $1 billion transfer for just $4. In another separate space, the Ethereum network is projected to surpass $250 million in cumulate fee revenue soon.