Jack Dorsey, CEO of Twitter and Square Crypto, already has a bit of a history in the cryptocurrency industry. It’s been a few months since he had announced Square Crypto, the Square financial service initiative with a focus on Bitcoin. Dorsey isn’t satisfied with just a single venture into the crypto industry, however. He recently invested in CoinList, a token sales management platform.

The Wall Street Journal reported that Dorsey took part in a funding round for the crypto startup. This new funding round roped in $10 million in funds for CoinList. Polychain Capital led the investment round.

CoinList serves as a convenient platform to make token sales for digital asset companies. As of August 2017, CoinList has conducted over 50 token sales and raising more $500 000 in total funds.

They have a large amount of known and lesser-known blockchain platforms that have used CoinList’s infrastructure. The more well-known names of these would be things like Ocean, Algorand, Origin, TrustToken, Props, Dfinity, Filecoin, and Blockstack.

On top of serving as a platform to buy tokens, CoinList also gives the proper infrastructure to lend or borrow cryptocurrencies. At the time of writing this article, the interest rates vary from as low as 4% to as high as 15%. The cryptocurrencies capable of borrowing or lending include some of the most well-known as well as lesser-known coins. They also host a selection of stablecoins, including names like USDC, TrueUSD, Paxos Standard, and Gemini Dollar.

Interestingly enough, Dorsey told the Journal that he plans on including a cryptocurrency exchange within CoinList. Something to pause about is the fact that CoinList’s possible exchange would put it in direct competition with the Cash app’s Bitcoin trading.

Dorsey is well known for his positive opinions about Bitcoin as well as his hard stance against Facebook’s Libra. Libra has had a tough time under relentless scrutiny that almost broke the upcoming stablecoin before it even launched. The scrutiny and opposition against Libra forced massive payment giants like PayPal, Visa, and Mastercard to back out of the formerly 28 member Libra foundation.

When Dovey was approached to partake in the Libra Foundation when the stablecoin had been announced, Dovey gave a rather noteworthy “hell no” against it.

Jack Dorsey is someone who isn’t afraid to push away the PR for a bit. In a tweet, Dorsey explained how things like the Cash app and CoinList were intended to garner a profit for the company. However, he describes Square Crypto as a means to give back to the community and further the health of the cryptocurrency ecosystem.

Square has taken a lot from the open source community to get us here. We haven’t given enough back. This is a small way to give back, and one that’s aligned with our broader interests: a more accessible global financial system for the internet.

The CEO of Square promised that Square Crypto would remain “open and free.” For once, it seems like someone said that with genuine intent. Whether or not this will continue for more than a year remains to be seen. 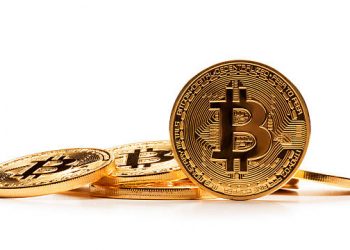