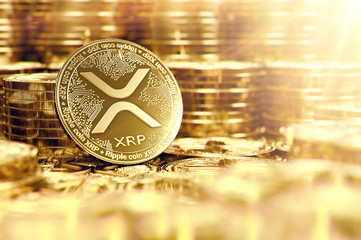 The cumulative number of XRP transactions has gone through the roof recently. According to the latest reports, that number neared an all-time high of 1.7 million transactions on October 29. BitInfoCharts crypto data tracker published that XRP’s daily transactions now account for over 50% of all the crypto transactions during the past 24 hours.

Ether (ETH) came in second while Bitcoin (BTC) and Bitcoin SV (BSV) settled for a shared third place. The last time that XRP registered such a high number of transactions was when the crypto market was in the middle of the famous Bull Run that happened in December 2017.

XRP was processing approximately 730,000 daily transactions on October 21. However, just eight days later, the third-largest crypto by market capitalization recorded over 1.6 million daily transactions. That represents an increase of almost 120% in less than a week. Since that time, XRP has been focusing on a new all-time-high in daily transactions.

It is still not yet clear what is fuelling the boost in the daily transactions. However, it is almost sure that speculation will soon run wild. One reason that could be responsible for this abrupt boom could be Ripple’s forthcoming Swell event next month.

Another possible reason that analysts have singled out could be Ripple’s partnership with the payment service, MoneyGram. The global payment service announced that it is exploring new ways on how to use XRP.

In any case, most probably something significant might be happening behind the scenes as the token seems to be getting ready to break its record of 1.7 million daily transactions. At the moment, XRP is trading at around $0.2993 and has gained 0.44% in the past 24 hours.

On October 26, the altcoin registered its highest price point for the past seven days with a weekly low coming in at $0.262 on October 23.

The association is a non-profit organization that comprises of blockchain advocated. It promotes the adoption of blockchain technology throughout the world. Whether the third-largest token will break its all-time high of daily transactions or not, time will tell. The driving force behind this surge in the number of transactions will also be identified.