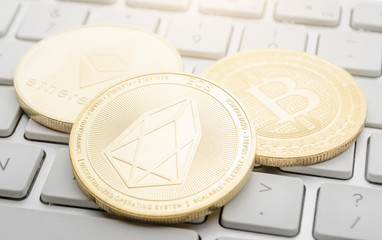 China seems to be coming back to the crypto scene. Over the weekend, the Standing Committee of the 13th National People’s Congress in China confirmed that it has passed a new crypto law. That law was passed on October 26 striving to regulate cryptography. It is scheduled to take effect on January 1, 2020, as reported by the local news outlet CCTV.

On October 28, China’s state-backed tech workgroup released its 14th crypto ranking reports. EOS retained the top spot as of the end of September 2019 while Bitcoin was placed in the 11th position. The new regulatory ecosystem announced over the weekend is redeveloped to set new standards. These standards will support the successful application of cryptography and the management of passwords.

All these occurrences coupled with reports that the People’s Bank of China is making its token to rival Facebook’s Libra show that China has not banned crypto activities within its jurisdiction entirely. On October 26, China affirmed that its new regulatory framework has the role of a central cryptographic agency expected to lead public cryptographic activities.

On the other hand, the state-backed tech workgroup ranked a total of 35 assets. They did the ranking as reported on September 29 by the Center for Information and Industry Development (CCID)’s online information portal.

Compared to the last ranking in July 2019, Bitcoin has maintained its position. TRON has replaced Ether (ETH) from the second spot. XRP has surged from 30th to 20th ranked asset. Qutum (QTUM) has surged from 18th to 8th; Lisk (LSK) came from 14th to 7th while Dash (DASH) rose from 21st to 17th.

The Center for Information and Industry Development launched its first crypto ratings in May 2018 under the aegis of China’s Ministry of Industry and Information Technology. During that first month of the rankings, the top position was awarded to Ether out of the original 28 coins. The rankings and evaluations are done according to three parameters that include application, basic technology, and innovation.

TRON was first featured in the CCID rankings in February 2019. In the latest reports, the token has recorded gains of up to 25%. That comes reportedly after the CEO Justin Sun highlighted on a major partnership. That partnership is allegedly with a purported ‘mega-corporation’ whose identity is yet to be disclosed.

That same day, the president of China, Xi Jinping requested the accelerated national adoption of blockchain technology in his official speech. The President’s intervention and positive signs that are announced by the People’s Bank of China have recently sparked a considerable boom in the local blockchain sector. It has excited the stock markets and increased interest among the public.