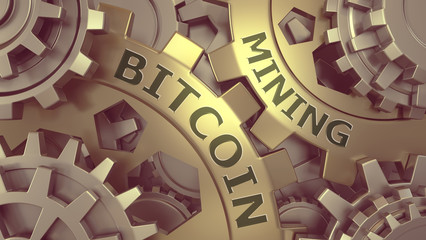 Bitcoin has faced mixed reactions in recent months. Despite the latest flash drop on October 23, there is some good news emerging about the flagship cryptocurrency. BTC continues to set new records for its network hash rate this October. This shows that the miners may have shaken off the weak price performance.

It is another All-Time High

Data that is coming from the monitoring resource Blockchain confirmed that the hash rate hit 114 quintillion hashes per second on October 23. That is the biggest reading ever which has been reiterated by others like BitInfoCharts that recorded an all-time high of over 110 quintillion at the same time. Coin Dance numbers put the all-time high figure at 134 quintillions occurring on October 10.

Since it is not possible to measure the exact hash rate at any given time, all these charts are estimates that mainly rely on the previous period’s block times. Hash rate represents a measure of the overall computing power involved in the validation of transactions on the Bitcoin blockchain.

Miner Profitability under Test after the Latest Price Drop

According to earlier reports, the network hash rate seemed to experience volatility in September. During that time, Blockchain’s reading fell by 40% in one day before the analysts explained that these statistics did not imply that the miners were abandoning Bitcoin.

Nonetheless, the increasing hash rate amidst the falling Bitcoin price shows that miners are dedicated to investing in the industry. They are also convinced that the future is profitable. For example, Bitmain earlier this week launched its “world’s largest” mining farm in Rockdale, Texas.

On the contrary, the profitability metric is now approaching its lowest in 12 months. Some of the miners now say that $6,500 makes the floor price needed to maintain profitability for participants. If that price is passed, Bitcoin may see a major reduction in hashing power. Such a fall may push miners to turn off their rigs until all the difficulties adjust and the prices recover.

Hence, it remains to be seen if the latest Bitcoin price plunge will have any negative effect on the hash rate.

Miners will compete for half as many new Bitcoins per every new block as now beginning May 2020. Only 6.25 BTC will be available for every new block down from the current 12.5 BTC reward per block.

With an expected equivalent of around $63 million unavailable each week, analysts believe that the theory of scarcity will kick in. Most commentators majorly expect the block halving event to rapidly boost the price of Bitcoin.