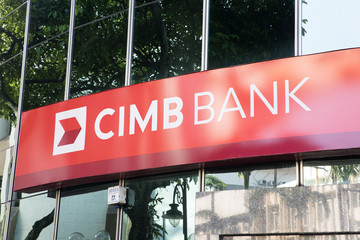 A Singaporean banking branch of CIMB Group has announced that it has completed its first blockchain-based trade financing transaction. CIMB Group is one of the biggest investment banks operating in Asia. The transaction in question was processed using blockchain and Internet of Things (IoT) platform. According to reports by Yahoo Singapore, that platform was developed by local trade financing firm iTrust Trading

CIMB wants to reduce the risks involved in commodity trade financing through integrating the iTrust’s blockchain-based IoT services. Furthermore, the bank wants to facilitate credit extension for its customers by gaining access to instant monitoring of the cargo data in the warehouse and in transit.

This technology allegedly offers all stakeholders secured accessibility together with data integrity of digital documents. These documents are recorded on a distributed ledger.

The CEO of CIMB Singapore, Mak Lye Mun, explained that the implementation of the iTrust’s technology lets the bank to support its clients efficiently and affordably. The technology will come in handy when mitigating fraud risks. It will also help in alerting all types of illegal and unauthorized movement of the financed cargo.

Mun also noted that the bank plans to increase its partnership with iTrust for technology applications in many other different markets. CIMB Group is headquartered in Malaysia and ranks as the fifth-largest banking group in the Association of Southeast Asian Nations (ASEAN). It is also one of the biggest Islamic banks in the region.

The bank has over 36,000 employees operating in 16 countries. Currently, it has a market capitalization of about $48 billion. Another CIMB Group subsidiary, CIMB Group Holdings, in November 2018 joined Ripple’s cross-border payments network. It joined to apply Ripple’s XCurrent product to enhance its remittance service known as SpeedSend.