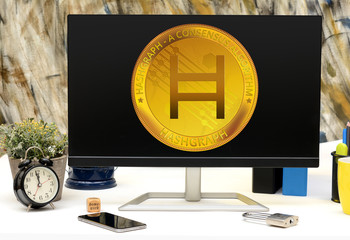 Bitcoin is the first generation of decentralized technology while Ethereum is the second generation in this category. These technologies pioneered the decentralized infrastructure and programmability in blockchain. Both of them are based on the proof-of-work blockchain that is known to consume lots of energy. They also execute and carry out transactions slowly to deliver acceptable levels of security.

This heavy consumption of bandwidth by the technologies results in expensive costs that prove to be too much for a simple cryptocurrency transaction. Nonetheless, the Hedera proof-of-stake public network enjoys the most exceptional grade of security possible (ABFT). It is backed by a Hashgraph algorithm that supports extremely fast transaction speeds while simultaneously consuming significantly low bandwidth.

Hedera is the ultimate leader in the future of public decentralized ledger technology. It merges outstanding throughputs and low fees. Years ago, broadband technology became recognized as an integral element that resulted in the early adoption of the internet. Comparatively, there is a declaration that the third-generation blockchain is certainly the broadband instant for cryptocurrency.

With many innovations coming up like Facebook’s Libra, there is no doubt that the third-generation era is coming in. Unlike all the other virtual currencies, the Libra stablecoin might successfully operate as a global currency and have a stable nature.

The stable nature of this crypto has made many financial authorities to consider it a threat and has made them oppose the progress of the new technology. But, the crypto space anticipates the launch of Facebook’s Libra project.

Although Hedera Hashgraph is just at its starting point, its power and potential are already quite clear. With its design and operation strategies, the ledger system has all the ability to become the future of decentralized ledger technology.