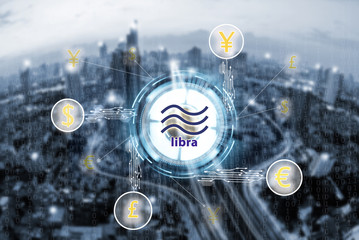 When Facebook decided to develop its crypto project, it had not expected such shortcomings and hiccups along the way. After announcing the Libra project’s whitepaper in June, the social media giant has encountered backlash from regulators and governments around the world.

At some point, Facebook seemed to have had everything under control with the help of the Libra Association. However, members of the Association are leaving continuously with reports suggesting that it has already lost a quarter of the original members.

The latest member to leave the Association is Booking Holdings. It is reportedly the only travel company that was among the over 25 founding members. But, it has now officially announced that it has left the Association that is expected to manage the operation and development of the Libra crypto project spearheaded by Facebook.

Libra strives to become an open and inclusive global currency that enables the users to make cross-border payments quite easily. The project has majorly faced intense scrutiny from the regulators throughout the world. The latest reports reveal that Booking Holdings had allegedly viewed Libra as an element to enhance its payment systems.

Glenn Fogel, Booking CEO said that his company had been invited to be a founding member Libra. He referred to the stablecoin as an ’alternative payment method’ instead of cryptocurrency. He added:

“We looked at what they were talking about, what they were thinking, and we said, yeah, we’d like to have a seat at the table as this develops. We don’t know if it’s going to come off the ground or not.”

Fogel believes that there is a possibility that the Libra Association will deliver something that will be quite efficient for everyone involved. He pointed out that the shortcomings in the current financial infrastructure include fraud costs and credit card fees. He stated:

“If there is a way that is cheaper, quicker, just so much better, then we’d want to be part of it.”

The CEO said that he would only want Booking Holdings to participate in the project if it were proven ‘safe’ and ‘secure’ with enough privacy protections. Most regulators have warned that the crypto could be a major avenue for criminals if not monitored properly. In the meantime, the lawmakers have ridiculed Facebook’s track record at previous hearings in July with David Marcus, the Libra co-founder.