LINK Surges by Over 11% in a Bearish Market 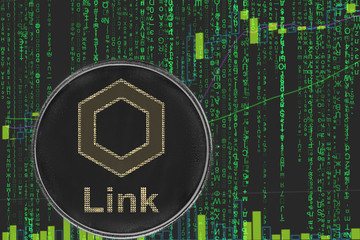 The whole crypto market has in recent months become a roller coaster. But, the most notable leader is still Bitcoin. Nevertheless, as the mainstream media continues scrambling to explain Bitcoin’s rise and fall, LINK has quietly outperformed all digital assets in the top 25.

LINK, the native token of Chainlink has soared over 500% year-to-date. Although LINK’s surge is parabolic, it is not a pump-and-dump scheme. Many underlying fundamentals exist behind the price. Chainlink is continuously partnering with various players to make networks co-exist and function effectively. In just 2019 alone, Chainlink secured deals with Oracle and Google, secured a listing on Coinbase, and launched its mainnet on Ethereum.

Currently, the token is trading at $2.25. As the general crypto market continues to languish in the bearish trend, LINK’s price for the last two weeks has been rising. On September 7, LINK was valued at $1.81. From there, the coin corrected with a pullback of 1.55%. When the weekly chart is taken into context, the coin gained 12.27% surging from $1.71 on September 30.

On October 6, LINK first declined by 2.23%. Now immediate support has formed around $1.97 and the prices will surge if it manages to break at the resistance formed around $2.25.

Chainlink has recorded considerable gains in the week recording profits of 25%. If the token manages to sustain above $2.05, the next level to watch is $2.8498. After that, the price will likely gain momentum. Nonetheless, the token may remain range-bound if the bulls fail to maintain it above $2.05.

In the recent developments, it is confirmed that TomoChain already integrated Chainlink Oracles to operate Data-Driven Smart Contracts. That integration is designed to assist TomoChain to acquire real-time information. Consequently, it will also contribute towards TomoChain’s decentralized nature. It will enable developers to consume and transmit oracle-obtained data between smart contracts and then run independently as node operators. 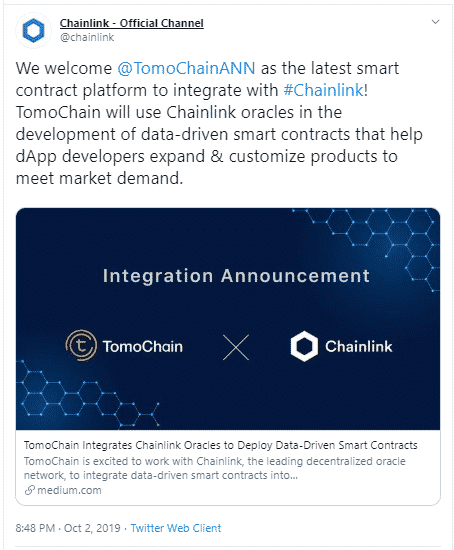 Furthermore, Chainlink and Parallel Markets recently made public their integration to connect investor identity data entirely to the Chainlink network. According to that announcement, the combination will let people become accredited via Parallel. Then, they can assert that accreditation on the blockchain using Chainlink. 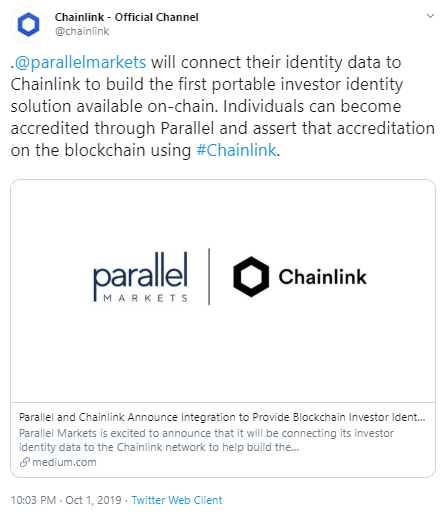 “This will be a major step forward for companies and people building fintech solutions in the blockchain space that require knowledge of participant identity and/or accreditation status.”

Will the bulls manage to maintain the price above the $2.05 threshold? Is a bull run coming along for LINK?