Binance Whales Splashing Turbulently, Are They Buying the Dip? 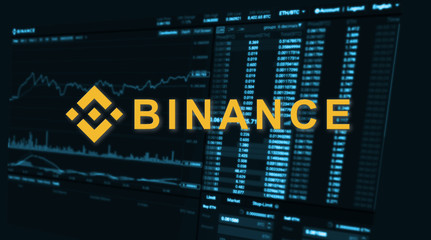 Reports confirmed that whales moved more than $8M from Bitfinex and 50M USDT from Huobi onto Binance. Most commentators and analysts think that this could be a buy signal stating that the local bottom has come.

It is not common that you hear millions of dollars worth of crypto being moved between exchanges. Thus, the recent deposit into Binance coming from Huobi is attracting attention. According to Whale Alert (@whale_alert), one user moved 50,399,967 USDT to Binance.

Even though the bot tweeted that the amount was transferred from an ‘unknown wallet’, it was later traced from a hot wallet on Huobi. That means someone withdrew $50 million and directly deposited it into Binance for reasons that are still not yet known.

Another user, Samuel JJ Gosling (@xGozzy), also highlighted a similar transfer that happened around the same time as the first one. Whale Alert also picked details on a deposit of 8,196,029 USDT onto Binance. That amount was withdrawn directly from Bitfinex. That close timing of the deposit as the one originating from Huobi seems interesting. Could these transactions be related?

Other one was 8M $USDT originating from our pal @bitfinex https://t.co/yZvy9RuMIm pic.twitter.com/uxr4cjw5dz

It is not common to see millions of dollars in funds getting withdrawn from an exchange’s hot wallet to another exchange directly. This happened twice in one day which may not be a coincidence.

In this particular incident, around $60M has thus been deposited to Binance Exchange. These are funds that originated from other exchanges. The reason for these transactions remains unknown. Could it be that a major player has decided to buy the dip or could it be a false buy signal to make investors set more longs hoping to liquidate them in the future?

Most of the people in the replies to Whale Alert’s original post seem to be convinced that this could be a potential proper buy signal. It appears detracting that this would be a fake-out signal. Up to now, the market has not yet responded significantly. Most of the major tokens seem to be holding steady in spite of the recent volatility.

These deposits come just a few days after $26 million was moved on and off OKEx in three transactions. As the crypto market continues to struggle with bears threatening to return, investors are searching for something to ignite a sustainable uptrend. Could this $50 Million deposit into Binance qualify to be a buy signal?