US Dollar Weakens As Fears Of Global Recession Intensify 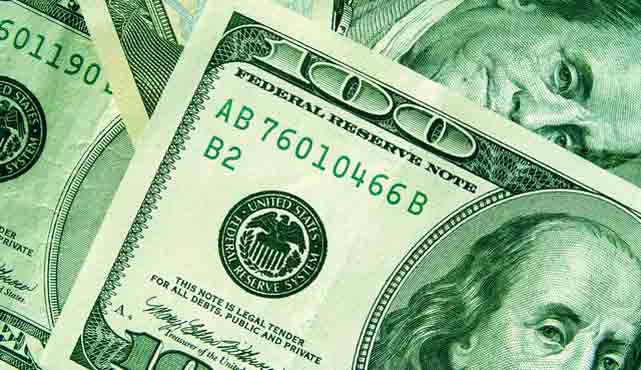 The US dollar has slid backward for the third session in a row as ISM Services data failed to meet market expectations. The US dollar index fell by 0.2% and closed at 98.87. While the dollar continues to falter, other the top currencies are making gains as they benefit from the negative performance of the US currency.

The Euro rose by 0.1% and finished at $1.0975, while the British Pound gained 0.3% to $1.2342. The Pound benefited from reports stating that the UK’s Prime Minister, Boris Johnson, could announce a plan B for Brexit, which would see the Irish backstop being kept for a specific time.

Data from the US shows that the Non-Manufacturing index for the Institute for Supply Management (ISM) has fallen to 52.6 in September, the lowest the index has reached since August of 2016. The fall came as a result of missed expectations in the manufacturing data that was released on Tuesday.

Falling orders coupled with a growing number of jobless claims in August and September respectively have negatively impacted the non-manufacturing sector and has pushed it to the lowest index in just over three years.
Poor performance from USD pushes gold upwards
Gold has exceeded expectations mainly due to the weakening US dollar. Gold started at $1500.83, and it is currently pushing past $1505.120. The highest prices for gold were recorded on Tuesday the 3rd of October following the announcement of the disappointing data from the US non-manufacturing industry.

Data released by the ISM showed that non-manufacturing good’s Purchasing Manager Index (PMI) fell to 51.6, which is far lower than the 55.0, which was expected for September. This three years low has strengthened the performance of gold, and it will likely continue to rise over the next few days.

Another factor that has strengthened gold is the failing of yields on the US Treasury’s 2-Year bonds. The bond yields fell to 1.39%, a two year low that has given gold a significant boost. The low bond yields may influence further rate cuts from the Federal Reserve, which ultimately helps gold gain additional points. The Federal Reserve is due to have a meeting this month, and the market anticipates that rate cuts will be announced after this meeting.
AUD remains bullish
The AUD/USD pair closed at 0.67404, following a high of 0.67528 and a low of 0.67021. Overall, the AUD is still showing bullish signs despite rate cuts by the Reserve Bank of Australia earlier in the week. The AUD/CAD pair also remains optimistic, which indicates that the AUD is performing strongly. The upward movement of the AUD is likely being influenced by the data released by the US, which shows weak macroeconomic performance in several sectors.

The ongoing trade wars between the US and China may be causing damage to the US economy, and this has weakened the US dollar. There is a general fear that the current trends may influence global recession, and it has led to an upward movement of the AUD/CAD pair.