Visa and Mastercard Among Others Cast Doubts Over Facebook’s Libra 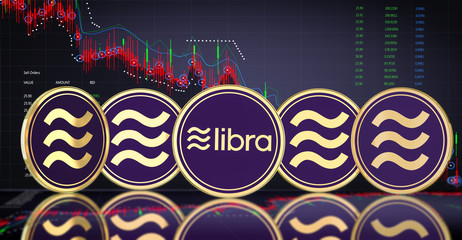 Since its launch in June 2019, Facebook’s Libra project has encountered mixed reactions. Some proponents believe that it is the solution to the challenges that cryptos face while trying to break into the global mainstream economic arena. Others, especially governments and regulators, think that it will adversely affect various economies. That would potentially result in chaos in the jurisdictions where it is implemented.

A while ago, India pulled out of the deal that would see it act as a testing ground before the stablecoin is unleashed throughout the world. As time goes by, more and more critics are coming up and opposing the development of the Libra project. Due to all these hiccups, even Facebook CEO, Mark Zuckerberg, was hesitant to offer a definite timeline in which the company expects to launch the token.

The project has faced yet another major blow with MasterCard and Visa casting their doubts over their involvement with the project. According to sources with deep knowledge on the matter, the firms are not ready to be scrutinized by regulators. Moreover, they have denied Facebook’s request to support the Libra token publicly.

Up to now, the Libra project has attracted intensive attention from governments and banks throughout the world. Previous reports have revealed that the People’s Bank of China is worried about the dollar’s influence on Libra. On the other hand, Japan is also investigating the crypto. Simultaneously, a board member of the European Central Bank thinks that Libra may undermine monetary policy.

If anyone thinks that it could never get worse for Facebook’s Libra with MasterCard and Visa showing signs of pulling out, they should think again. A report published by Bloomberg states that Stripe and PayPal are also not yet decided about formally signing on to Libra.

In June 2019, Facebook revealed Libra’s whitepaper with Reuters reporting that it was aiming to release the token in June 2021. However, with all this talk of regulation and several partners backing out, the social media company’s plans could be considerably delayed.