Bitcoin’s Price will explode to $1 Million in 2020 Due to Scarcity, McAfee Says 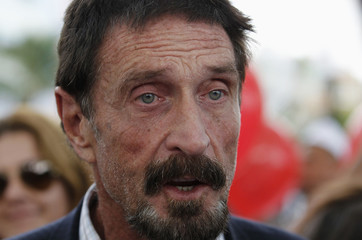 John McAfee has never shied away from supporting Bitcoin. The major BTC bull who is also a programmer and a 2020 US presidential campaigner is still supporting his outrageous prediction that Bitcoin will surge to $1 million in 2020.

McAfee has been in the news many times in the past. He is famous for his brave forecast that the biggest token will hit $500,000 in 2020. He has even defended his recently doubled down bet that the flagship token will cost $1 million per coin in 202 when speaking in September 30 Forbes interview.

In that interview, the programmer argues that the primary trigger for Bitcoin’s appreciation will be its scarcity. That means the limitation of the BTC supply at 21 million coins will support the price explosion in 2020 especially, after the scheduled halving. Also, a significant fraction of the coins’ supply is lost forever. McAfee added:

“Let’s get real, there are only 21 million bitcoins, seven million of which have been lost forever, and then, if Satoshi is dead, add a few more million.”

Over 85% of Bitcoins already mined

According to earlier reports, the amount of BTC mined reached 17,850,000 on August 1. In that context, Bitcoin surpassed 85% of its total supply in circulation translating to just 15 million coins left to mine in the next 120 years.

Since that time, Bitcoin has already added more than 100,000 coins to its supply currently having over 17,968,000 in circulation according to Blockchain.com data. In the meantime, BTC encountered one of its biggest sell-offs of 2019 last week. It lost $1,500 in less than a day for the first time in months. Later, the flagship token touched a new multi-month low below the $7,800 level.

In that same interview, McAfee emphasized his opinion towards the key function of Bitcoin. He believes that it only represents a store of value. On the other hand, other types of digital assets like the privacy coins and the stablecoins are primarily designed for transaction purposes.

On October 1, a major German bank BayernLB published a report that predicted Bitcoin will hit $90,000 in 2020 as a result of the imminent halving event.