Bananas are a Better Investment than Bitcoin, Mark Cuban Says 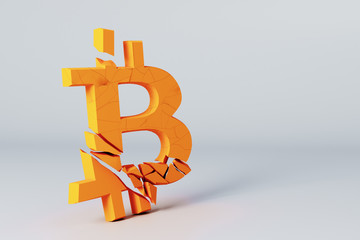 Bitcoin has been falling in the past few days with many still convinced that it will slide lower than it currently has done. After testing the $7,800 support levels recently, the token is now correcting and has risen towards $8,200. The volatility and unpredictability in the BTC market have made it receive a lot of bashing from many critics.

One major critic is billionaire technology investor Mark Cuban who said that he would be happier owning bananas instead of bitcoin. Cuban made these remarks in QA published on YouTube by technology news outlet Wired on September 27. He was answering a Twitter user who was asking why he hates crypto and if he is interested into offering opportunities for individuals to grow their net worth.

First, it appeared that Cuban is unhappy with the token since its price is influenced mainly by the market’s demand for it:

“Here’s the thing about crypto, particularly Bitcoin: Bitcoin is worth what somebody will pay for it.”

Cuban is also convinced that BTC has no intrinsic value and to explain his thoughts he compared it to artwork, baseball cards, and comic books. He asked whether there was any sane investor who collected baseball cards and kept bragging about how their acquisition will appreciate. He said:

He went on to say that Bitcoin is too complicated for the average person due to the great number of its storage options and theft prevention requirements. He noted that Bitcoin, regularly referred to as digital gold, is really like gold.

Most of the people who are really into gold will say that when one owns gold they are shielded from all forms of depression when they have gold in a handbasket. According to Cuban, ‘Gold is a religion’. He exclaimed:

“You carry around a gold bar — someone’s gonna hit your ass, knock you out and steal your gold bar and it’s gonna happen again and again and again. I’d rather have bananas, I can eat bananas. Crypto… Not so much.”

In August, Cuban said that Bitcoin is fundamentally similar to gold and he defined them both as collectibles. Finally, the billionaire clarified that he is not in any way against cryptocurrencies. However, he warns all investors to remain careful and says that virtual currencies are at best, stored value.

“Globally and in countries where there isn’t a lot of rules of law, or a lot of government stability, or currency stability, then it could be dangerous.”