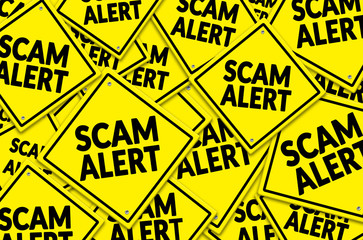 Ever since the crypto boom of 2017, scammers have entered into the crypto space looking to swindle unsuspecting investors. During the crypto winter of 2018, these cases seemed to have reduced but as the markets improved, the scammers are marauding again. In the latest news, scammers are now using fake mainstream news articles to advertise nonexistent and potentially dangerous Bitcoin investment platform.

According to the dedicated site that the scammers are using to lure the potential clients, the so-called ‘Bitcoin Profit’ uses several celebrity endorsements as part of its marketing campaign strategy. That site, economicsworld[dot]info, also has testimony from the likes of Australian businessman Andrew Forrest or Twiggy and actress Kate Winslet.

With a purported backing from Elon Musk, Richard Branson, and Bill Gates, Bitcoin Profit ranks among the most used scams in the cryptocurrency underworld. Every one of these celebrities has a feature with their photograph. Also, each profile comes with a balance sheet of supposed Bitcoin investments and associated returns.

Notably, the balance sheet seems identical for each star with just the currency symbol changing. In just a week, these perpetrators claim that the purchase of $10,394 worth of BTC gained a return of $421,226 translating to a 4,110% gain.

After Winslet was informed about that scam by the United Kingdom-based daily news outlet the Mirror, she hit back. She complained about the use of her image without any permission together with other false statements. The publication quoted a spokesperson saying:

“This misleading promotion is completely disingenuous and categorically false. We are dealing with this through the appropriate channels.”

Bitcoin Profit could be responsible for the ongoing scam operations that plague the crypto accounts on Twitter. Many fake entities are impersonating famous individuals from the industries. They keep trying to fool novices into participating in various fake giveaways.

Scammers are currently taking advantage of the lack of technical understanding around cryptocurrency. On their part, the regulators are often warning about the emergence of new schemes.