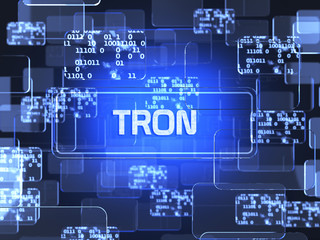 The CEO and Founder of Tron, Justin Sun is not new to controversies and attention-seeking publication. From cancelling a power lunch with Warren Buffet to being accused of not helping the TRX price by the community. He has been through it all. Now, he is in the news again. On September 21, he went on Twitter to announce a new staking plan with TRX incentives for partners and users of Tron.

Many now wonder whether this new strategy is a fair decentralized distribution of staking revenue. In recent years, Tron has been seen to work on methods of engaging users and partners together with crypto exchanges. To achieve the new plan, Sun published Tron’s new agenda on Twitter explaining the staking and rewards program.

Justin Sun intends to increase voters’ turnout and also create room for a greater stake ratio by bringing in more active members of the Tron community and developing a large economic system on the Tron network.

In general, Sun has promised to enhance the mechanism of consensus. He also aims to introduce more incentive plans that may provide more possibilities for future growth and development of the Tron ecosystem.

According to the company CEO, more partners will come in and Tron will enable a greater degree of decentralization.

Justin Sun also confirmed that the team has already optimized the mechanism involved in the staking of users getting their profits.

#TRON Partner Staking & Vote Reward: for each block, the most-voted 127 nodes (TRON partners) will receive TRX rewards in proportion to the votes they get. The total reward for one block is 160 TRX. We have optimized the way staking users can get returns.

Besides working on new developments, Tron in conjunction with its partners is already releasing new products. BitTorrent’s Medium blog published that the platform has launched its beta testing version of its Blive (BitTorrent Live) streaming app.

Blive is compatible with both BitTorrent and Tron protocols. Currently, it is getting positioned as a tool for live streaming video and audio with an option of instant messaging. Notably, users will have the capability to reward their favorite content makers using BTT tokens.

Reports show that BitTorrent has more than 100 million monthly users. In that context, Tron hopes to attract these users to use Blive. Justin Sun commented:

“This is a bold move in the application of the blockchain technology. We’re so pleased with internal testing that we wanted to get test versions in front of consumers months earlier than planned. By introducing mainstream, circulating tokens TRX and BTT for gifting users, BLive will usher in an age of token economy.”

All these developments and publications are yet to impact the price of TRX. Whether they will influence the token or not, it is yet to be seen. 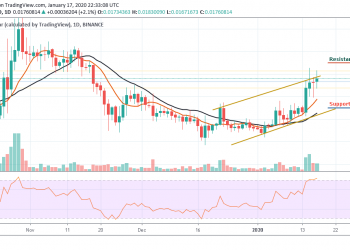 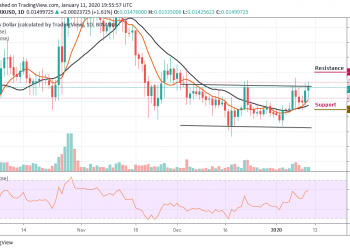 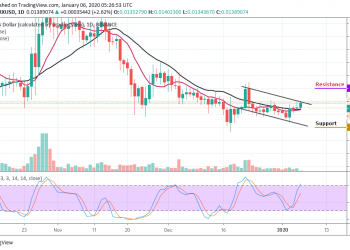 Tron Price Analysis: The TRX/USD Bulls Show up Again but Can the Price Get to the Next Level?