The Future of E-Payments is Crypto, 32% of Europeans Say 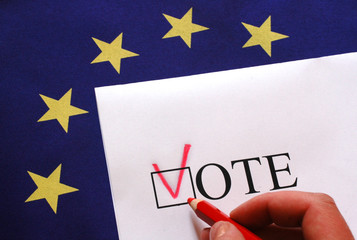 On September 18, Germany approved a blockchain strategy that will prevent all stablecoins from becoming alternative currencies. Germany made this drastic move fearing that Facebook’s Libra and any other similar crypto projects may threaten state sovereignty. However, such stringent rules are not deterring the interest of people to venture into the nascent crypto industry.

According to a survey by ING Bank published on September 18, most Europeans believe that crypto can be spent in most stores.

Can crypto be spent in most stores?

The survey saw 15,000 Europeans from 15 different countries participate in answering various questions about crypto. According to the survey, around 51% of the respondents think that cryptos can be spent in most retail stores. However, cryptocurrency at the moment is not acceptable in the majority of the stores.

However, one can spend crypto in a retail store when they go to a “Bitcoin City” like Arnhem, the Netherlands or somewhere in Japan. Crypto-friendly store map website CoinMap  currently publishes that there are 15,430 brick-n-mortar locations globally where cryptos can be spent.

Furthermore, more than 27% confirmed that they are open to receiving new crypto offerings from familiar brands and bodies. They also said that they are of the idea that banks should offer current accounts for cryptocurrency assets.

Another 27% believe that virtual currencies are controlled by a central body while 34% think that they are not. On the other hand, 44% do not hold any opinion on that matter. Notably, 63% of all the European participants know that the value of crypto and digital assets is constantly changing and 73% know that crypto is a type of digital currency.

While most of the survey participants have heard about cryptocurrencies, knowledge is still quite limited among the public. Strangely:

“It was the groups with a lower level of knowledge who tended to be more open to future adoption.”

According to a report in mid-August, a digital survey by ING bank discovered that Austrians are the most doubtful of Bitcoin and cryptos in general. Only time will tell how the crypto market will develop and whether it will manage to break into the mainstream global economy.