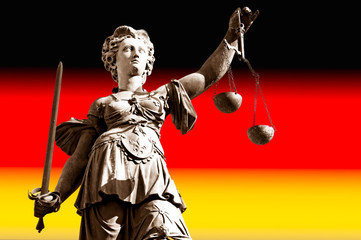 Ever since Facebook announced its Libra project’s whitepaper in June, many governments and regulators have strongly bashed it. Now, the globalcoin faces another major hiccup as Germany approved a blockchain strategy that will prevent all stablecoins from becoming alternative currencies. The German government has made this drastic move due to fears that Facebook’s Libra and any other similar crypto projects may threaten state sovereignty.

On September 18, Reuters reported that the German Cabinet led by Chancellor Angela Merkel passed the strategy earlier in the day. That translates to a clear bid to mitigate all risks posed by the imminent Libra crypto from Facebook.

No Private Company Will Issue Any Currency

The German government said that it is not ready to leave currency issuance to private companies. According to Olaf Scholz, the German Finance Minister, the government wants to further strengthen Germany as a technological hub. He added that the government strives to ensure the country becomes a technology location and foster new technologies like blockchain innovation as a primary building block of the future internet.
Nonetheless, the authorities remain cautious about potential blockchain currency issuance from the private sector. Scholz explained:

The new strategy will see Germany championing for the prevention of digital stablecoins from becoming alternative currencies. Germany plans to liaise closely in this new directive with European and international allies. It will also increase dialogue with the Bundesbank to explore the possible advantages and risks of digital central bank money.

Germany and France Lead in the Anti-Libra Stance

The strategy document as reported by Reuters further showed that the German government wants to propose new legislation in 2019. This new legislation would authorize the introduction of blockchain-based electronic bonds.

Felix Hufeld, the president of Germany’s financial watchdog Bafin, highlighted last week that the agency was in ‘intensive discussions with Libra.’ However, he is concerned that matters of critical economic relevance were just lightly thought through by the Libra developers:

On September 17, Minister Scholz stated that Germany will have to reject a parallel currency like Libra. He was speaking in agreement with German parliamentarian Thomas Heilmann’s remarks and the staunchly anti-Libra stance adopted by France.

Bruno Le Maire, the French Finance Minister, has repeatedly vowed to block Libra’s approval on European soil. He has always argued that Europe should think about developing its “public digital currency” to challenge the Libra token.