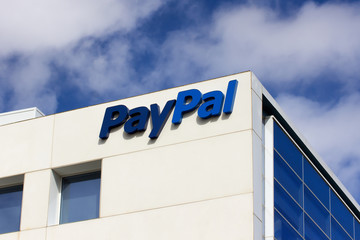 Ever since Facebook unveiled its Libra project’s whitepaper back in June, regulators and governments have bashed it extensively. Some countries like China have taken the responsibility of developing state-owned tokens. These cryptos will compete with Libra once it launches in 2021. Other governments, including France, have vowed to prevent the launch of the stablecoin in every way possible.

However, Libra has found a supporter according to the most recent reports. The investor relations vice president of PayPal has affirmed that Facebook’s Libra are extensively consistent with PayPal’s overall ambition. The vice president of one of the world’s biggest online payment processors was speaking with regards to Libra’s aim to bank the unbanked around the world.

She also stated that a lot of work must be done on the Social Media Giant Company’s project before it becomes more than just an idea.

PayPal is Bullish On the Libra Project

On June 18, Facebook revealed its plans to introduce its future crypto project dubbed Libra. Although it received mixed reactions from governments, institutions, and the community, it currently remains as one of the most widely discussed topics in the crypto space. Weighing in on the matter was, Gabrielle Rabinovitch, the investor relations vice president of PayPal.

Rabinovitch commented on Facebook’s Libra saying that it is a non-binding commitment and added:

“there is a lot of work to happen before we get to that point where it becomes something more than just a very exciting idea.”

Nevertheless, she also said that Libra’s goals and targets are very much in agreement with those of PayPal regarding the aim to bank the unbanked. These ambitions and goals of Libra are in agreement with PayPal’s general ambitions of serving the underserved. Both institutions aim to democratize access to capital.

In that statement, she summed up PayPal’s position on the matter stating that they believe in the potential of Libra.

It is safe and confident to say that the Libra Association and Libra developers can use every endorsement that comes their way since times have been quite rough for the project. Recent reports revealed that Bruno Le Maire, France’s Economy and Finance Minister, is working hard against Libra. He was even quoted saying that France will block the project in the European Union. It will block over fears that it poses a great threat to the sovereignty of national currencies.

On September 13, a German weekly news outlet called Spiegel also reported some disturbing news for Libra. It published that Thomas Heilmann, Germany’s head of blockchain policy of the Christian Democratic Union (CDU), highlighted that the government will deny licenses to projects like Facebook’s Libra.

Yet, in spite of all that, Facebook pushes forward with the development of Libra. According to the general director of the Libra Association, Bertrand Perez, they are still on track to launch the globalcoin by the end of 2021. He mentioned:

“… we are firmly maintaining our launch schedule, between the end of the first half of the year and the end of 2021.”