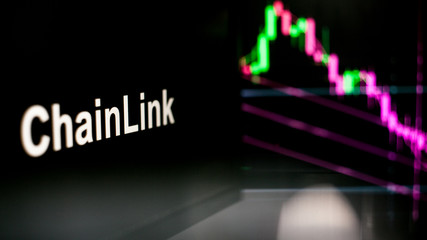 Studies have revealed some evidence of what researchers claim to be coordinated pump and dump manipulation affecting the Chainlink (LINK) token. LINK is the native crypto of the Japanese messaging giant LINE’s service-oriented blockchain. On September 11, a blog post by AnChain.Ai researchers contains an analysis of apparently suspicious LINK token transactions. The transactions in question were executed between April 1, 2019, and July 26, 2019.

Chainlink has gradually become a major player in the smart contracts’ world. Even though Ethereum popularized the technology, it is quite challenging for these smart contracts to interact with various blockchains and real-world systems. Chainlink comes quite in handy to fill that gap. It lets smart contracts communicate efficiently with existing bank software, APIs, and data feeds.

Chainlink resides entirely on the Ethereum blockchain supporting connectivity to multiple Ethereum dApps. Since interoperability is the main focus of the entire project, it is scheduled to support more blockchains in the future.

However, for now, it is faced with ‘pump and dump’ allegations.

Pump and dump is a common name in the crypto world. It refers to a type of microcap fraud where the price of an asset suffers extensive manipulation from a group of actors working in complicity. These actors participate in a coordinated rush of high-volume purchases mostly targeting tokens with low market capitalization and share volume.

This surge in purchases ‘artificially’ inflates the asset’s demand, in turn, pushing its price up and attracts unsuspecting investors. The high-volume purchase strategy is mostly accompanied by circulating positive ‘expert’ or official statement and recommendations online. These statements come to further lure in the casual traders.

At the end of that scheme, the manipulators dump their tokens. The dumping overwhelms the organic demand which causes the asset’s price to plunge. The victims are left stuck with devalued holdings. The researchers stated:

“Cryptocurrencies tend to be exceptionally vulnerable to this form of attack, as coins are often heavily concentrated in the hands of a comparatively small number of individuals, whose market activities can dramatically impact the coin price.”

An.Chain has published a lengthy timeline that features links to many implicated tweets. The report also has the date of LINK’s listing on crypto exchange Coinbase and a tracking of the asset’s price movements. The tracking starts from $1.19 on June 13 to around $4.45 by June 29, before it started plunging on July 2 to $3.73.

An.Chain also highlights the parameters it used to determine a coordinated group of addresses it thinks are behind the recent spike in prices. The report shows the interactions and strategies used by these suspicious addresses to pump the LINK price. In some cases, they used multiple jump addresses to hide the token flow.

The post also highlights how Ether gas fee trace can be studied to reveal:

“That all the ETH sent to the jump addresses are sourced from mining nodes. This is a sophisticated tactic that hides the player’s real address.”

An.Chain finishes it off by saying that the prevalence of thin markets in the cryptocurrency space can make it susceptible to manipulation. Furthermore, due diligence is important to the industry’s future. But, they also point out the immutable properties of blockchain technologies.

Blockchain enables detailed analysis of marketplace activity and network interaction. That, in turn, enables investigators to create a directory of key addresses, affiliations, and various transaction pathways that are highly valuable from a surveillance point of view. In August, new research suggested a prevalent use of arbitrage bots for manipulative profit-making methods on decentralized exchanges.