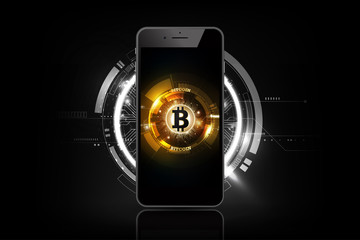 Finney is allegedly the first blockchain-enabled smartphone in the world. This phone will soon become available for purchase in Bangladesh. According to The Daily Star on September 9, the Bangladesh Telecommunication Regulatory Commission permitted the phone for import last month. The report further states that the phone will be made available on the Bangladeshi market in October 2019.

The country is experiencing an increasing number of smartphone ownership and Finney’s launch comes amidst that boom. According to a 2018 report released by a global research firm, GSMA Intelligence, 75% of the population (138 million) will have access to smartphones by 2025. Additionally, 41% (73 million) of the population will be mobile internet subscribers by then.

The increasingly urbanized population is continuously acquiring more smartphones as affordable devices hit the marker as highlighted by GSMA. In that regard, Finney’s price tag is more comparable to the high-end phone versions available in the Bangladeshi market. Finney was launched in 2018 at a price of $999. On the other hand, the Samsung Galaxy S10 is available on local phone market MobileDokan for around 74,900 takas ($894).

Switzerland-based Sirin Labs created the blockchain phone after successfully completing one of the five-largest initial coin offerings of 2017. That ICO raked in $157.8 million. The Finney phone comes with a built-in cold storage wallet together with a decentralized application system and secured communications.

Moshe Hogeg, Sirin Labs’ co-founder and co-CEO, believes that Finney will offer many facets of blockchain and cryptocurrency into a single device:

In August, the Bangladeshi government started using funds from its $208 million IT project to send several graduates for blockchain training in India and Japan. The government in this country now wants to send 100 new IT graduates abroad to enhance expertise in the nascent fields of distributed ledger technology. The government also targets to send graduates to learn about machine learning, artificial intelligence, and cybersecurity.