Bitcoin Today is Similar to Amazon in 2003; A “Screaming Buy” 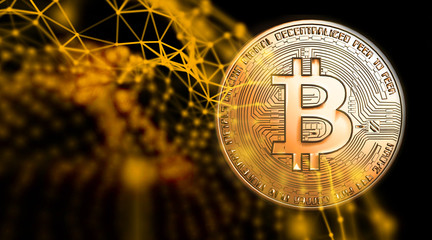 These gains came after a severe winter that lasted the whole of 2018 when Bitcoin plunged to $3,160. Nonetheless, the founder of Adamant Capital, Tuur Demeester, believes that 2018 was not a bear market. Instead, he thinks that it was a ‘post ICO bubble bitcoin bull market.’ Demeester compares Bitcoin’s situation with that of Amazon’s (AMZN) over the years.

At that time, the AMZN stock was a good buy that soared to $100 in the following four years. Then, it surged further above $130 in 2009 and it is now trading at $1,833.51. Just like Amazon back then, Demeester believes that Bitcoin today is also a screaming buy. Nevertheless, Bitcoin has its ups and downs too.

After ten years of its existence, Bitcoin as a popular digital gold narrative is building momentum with awareness and adoption rising at a rapid pace. The biggest virtual currency has in the past also been thought to be a hedge against economic and political turmoil at a global scale.

Mike McGlone, a Bloomberg Intelligence analyst, wrote in a note:

“Bitcoin is maturing into a digital store-of-value akin to gold. Layers of price support, increasing institutional interest and macroeconomic conditions similar to those aiding gold should keep Bitcoin’s price buoyant.”

On the regulatory point of view, the authorities, governments, and regulators are now realizing that it is hard to ban bitcoin. Furthermore, even the US President, Treasury Secretary, and the Federal Reserve Chairman have taken their time to address cryptocurrencies.

On the regulatory aspect, there is still a long way to go. But, as the Fed Chair Jerome Powell said this week in Zurich, Switzerland:

“We are following the whole question of digital currencies. It’s not something that we are actively considering. For us, it raises significant issues that we would want to see resolved.”

Notably, since the last recession, the Bitcoin price has risen by around 759,999,900%. Additionally, during every bull cycle, Bitcoin registers a new all-time high. Although the price forecast for this cycle could be as much as up to six figures, in years to come, analysts and commentators who are bitcoin proponents think that it could go beyond $1 million.

Therefore, despite being almost 47% lower from its all-time high of $20,000, Bitcoin could be a major ‘screaming buy’ today.