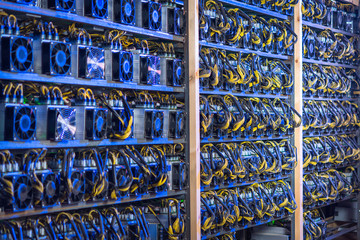 In the past, bitcoin mining reportedly consumed a lot of energy. Many environmentalists were against bitcoin since they term it as detrimental to the environment. However, all that could be changing. The latest data shows that Bitcoin energy consumption is considerably becoming more efficient. All this efficiency is realized even as hash rate continues to surge and hit record highs.

Data obtained from the aggregator Statista accessed on September 5 indicate that in spite of more computing power being dedicated to Bitcoin mining, less electricity is needed to fuel it. Information from one chart indicates that energy consumption as of July 2019 stood at 69.79 terawatt-hours per year.

In July 2018, the amount of energy consumed was 71.12 terawatts and the hash rate at that time was around 60% lower than what it is currently. Hash rate determines the overall computing power that is needed for the Bitcoin transaction processing. 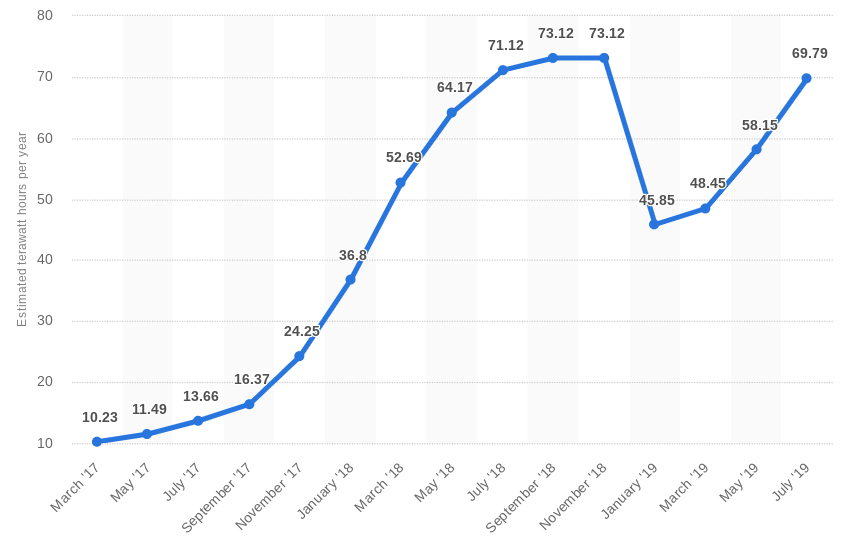 This data, therefore, fits into the overall trend for all bitcoin miners who are becoming more ecologically aware. With the Bitcoin price recovering this year, a large number of operators announced trials to enhance efficiency in the mining process. A study done in June discovered that 75% of Bitcoin mining activity relies mainly by renewable energy sources.

Several hardware manufacturers have further sought to design new devices that have greater capabilities and lower energy demands. An example of these devices is Bitmain’s 7nm Antminer that was launched last November. However, electricity remains a major topic among third parties. Some of these third parties claim that the industry’s consumption makes it a morally suspicious activity.