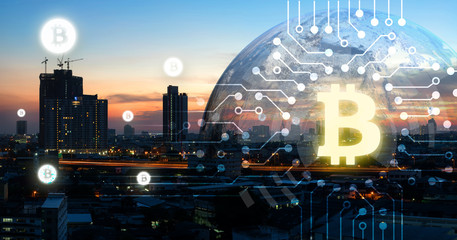 Since blockchain was incepted, it has promised to make all trusted third parties redundant. In reality, however, whether blockchain is decentralized is subject to what is governed and how the governance is implemented. As more businesses dive into blockchain, this distinction becomes increasingly essential.

No universal definition of blockchain is agreed upon. However, the most common description is that a blockchain is a distributed ledger shared by multiple parties who can add any transactions that they want to the ledger. Therefore, these changes are reflected consistently for all parties.

If reconciling contradictory ledgers is expensive, this technology can come in handy. Blockchain’s proponents anticipate it to be almost immutable without being centralized. Thus, blockchain does not need a trusted third party that decides upon its content. The first implementation of blockchain, Bitcoin, has succeeded in supporting digital payments without needing to rely on any trusted third parties.

Such decentralization saves costs via disintermediation and empowerment to participants. The reason is that the parties using the blockchain do not have to trust a powerful third party to act in their best interest. However, these benefits can only be achieved through decentralization. If decentralization does not work, the problems of power and trust will return.

This contradiction can be understood by identifying the various ways Bitcoin is governed as a prototypical example of blockchain in its practical and envisioned form.

Any new transactions must be validated to become a part of the blockchain. A consensus mechanism determines how to get multiple nodes to be in agreement on whether a transaction is legitimate and should be added to the blockchain. It is envisioned that anybody can add and validate transactions in Bitcoin. Only one user can do that at any given time.

Users continuously compete for the validation right by enabling their computer to look for an unknown number. Mining is what users do to participate in the process and it is resource intensive and expensive. The winner in this process gets bitcoins in return.

Groups of miners form mining pools to share the risk of spending the resources but failing to win the competitions. Thus, just a few mining pools validate most transactions. Additionally, these mining pools charge miners for participation and the charges increase with an increase in the size of these pools.

Hence, the larger pools attract fewer miners and grow significantly slowly. It is very much unlikely that the environment can end up entirely centralized with just one mining pool. Therefore, achieving any consensus is more centralized than it was imagined while in practice. A particular extent of decentralization is still retained.

Many millions of people use Bitcoin and each of them can submit a transaction. However, in reality, there are a few aspects of centralization. In some cases, the users pay large transaction fees to get quicker validation of transactions.

As a result, users that do not want to pay these high transaction fees may decide to not transact or be ready to wait for long periods before their transactions are validated.

Protocol development is normally highly centralized and coordinated in reality. For instance, the initial design was proposed by Satoshi Nakamoto. Up to today, the identity of Satoshi is still unknown and it could even be a group of people. That secrecy in itself can suggest that the process of developing the 2008 white paper may have been extensively decentralized.

After the blockchain is up and running, it might require some updates to its protocol to make  it perform optimally at any given time. It is imagined that anyone can create and propose protocol updates in bitcoin. But in reality, these alterations are usually suggested by a few developers and the discussions are highly centralized. Just a handful of commenters offer a lot more comments than the rest.