Unregistered Brokers on the Rise in Japan: The Country’s Regulator Warns Against Three More Firms 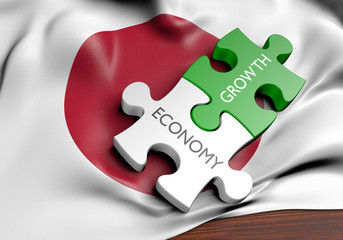 The number of unregistered and unregulated brokers seems to be on the rise, especially in countries such as Japan. In fact, the country’s Kanto Local Finance Bureau has just issued a warning of three new companies that are operating without a license, thus increasing the risk that traders and investors face when dealing with such firms.

The three firms in question include Titan FX, FXSuit, as well as 8MAX Trading. The three are supposedly based in Bermuda and Vanuatu, meaning that they have no permission to operate within Japan itself. As a result, the Bureau felt compelled to warn the public against these brokers, as they might try to offer their services anyway.

Unregulated brokers on the rise

While the rise of unregistered brokers seems to be quite strong and troublesome in Japan, this is not the only country to suffer from such problems. In fact, financial regulators across the globe have been issuing similar warnings. Unregulated brokers seem to be emerging everywhere, offering a lesser amount of protection for investors, and increasing the risk of them losing their investments.

Watchdogs around the world are expressing the same concerns, particularly about the retail investors’ safety. Operating in offshore jurisdictions appears to be increasingly popular about these brokers, which are mostly relying on creating a solid name for themselves on remote islands, mostly in the Carribean and in the Pacific areas. However, onboarding and retaining clients from foreign jurisdictions is likely to cost them more in terms of resources.

They still manage to attract inexperienced clients with ease by offering highly leveraged products, as can be seen on the websites of the brokers mentioned by Japan’s regulator. 8MAX Trading and FX Suit are even offering different bonus schemes in order for their clients.

However, once the deposits are made and bonuses applied, the withdrawal of the funds from the account becomes quite difficult. Clients often end up complaining about experiencing withdrawal issues. Of course, regulated forex brokers based in the more developed parts of the world were forced to avoid such methods. Offshore jurisdictions, however, were not, which is where the danger lies.

Furthermore, due to the state of the offshore industry, these brokers tend to disappear relatively quickly once they start attracting the attention of poorly regulated jurisdictions. The processes of inspecting clients’ complaints are slow, which allows more than enough time for the brokers to get their affairs in order and disappear.

Germany warns the public not to trust unregistered trading platforms

Germany’s financial regulator also issues a warning similar to that in Japan, pointing out that the firm known as Ivory Group Ltd is unregulated. The company supposedly operated a brokerage firm from Dominica. BaFin also issued a warning against the website known as TradeToro, advising the public to stay away from the site, as well as from the firm behind it.

Furthermore, the regulator also demanded that the entity behind the site stops their actions, and ceases any contact with Germany’s citizens. They asked that the entity halts any unlawful offerings of trading services, which the company allegedly did via unsolicited phone calls, offering cryptocurrency CFDs and forex trades.

The regulator explained the situation by pointing out that a large number of similar trading platforms are appearing and entering the market. Many are even believed to be connected, or even run by organized crime. This is also not the first time that Germany’s authorities are warning the public against such threats. A similar warning was issued last year in early December, pointing out several fake international trading platforms which the public has been accessing online.