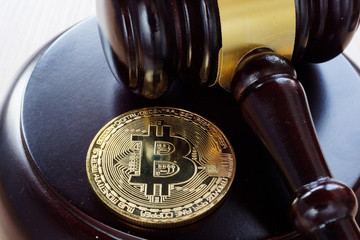 The nascent crypto sector proves to be a profitable investment for the day traders and short term wagers due to its intense volatility. Its decentralized nature attracts many individuals globally who wish to have control over their investments. However, the exponential growth realized in this industry in the past decade has also attracted hackers, criminals, and many forms of illegal activities.

Many institutional investors are closely following the developments in the crypto space. However, they are hesitant to join due to the lack of viable regulations. Governments and traditional financial institutions suggest that the new industry should be fully regulated to eliminate the thriving of uncontrollable criminal transactions hiding in cryptocurrencies.

The United States Secretary of State, Mike Pompeo, also added his voice in the regulation matters. He suggests that Bitcoin and all other major altcoins should be fully regulated like SWIFT and other electronic financial transactions before they are allowed to operate in the mainstream markets.

Many believe that the lack of enough governmental monitoring of the crypto space has resulted in the many security risks that affect the space. Pompeo pointed out the many risks arising from anonymous transactions associated. He was speaking in an interview with Squawk Box on Aug. 20:

“The risk with anonymous transactions is one that we all know well. We know this from 9/11 and terror activity that took place in the 15 years preceding that; where we didn’t have good tracking, we could not understand how money flows and who was moving money.”

In the same event, the CNBC host Joe Kernen commented on the possibility of bitcoin funding terrorism activities and geopolitical tensions in the Middle East. Kernen remembered a viral claim by Treasury Secretary Steven Mnuchin. In those claims, Mnuchin had said that cash is not used for detrimental and unlawful activities as much as Bitcoin is.

Pompeo seemed to support the secretary to some extent. He believes that cryptocurrencies and anonymous transactions must never become the norm. According to him, if they ever become the norm, it would directly reduce the security of the world.

Nonetheless, in contrast to Mnuchin’s suggestions to enforce strong regulations in the crypto space, Pompeo thinks otherwise. He believes that it is better to regulate Bitcoin in the same manner like all other electronic financial transactions.

In July, an ex-executive at the German multinational investment bank Deutsche Bank published an article. In the article, he claimed that Bitcoin is a leading indicator of many concealed geopolitical tensions. Whether the crypto space will face the regulations that governments and many authorities propose or not, only time will tell.