Every Institutional Investor’s Portfolio Will Have Bitcoin; Pompliano Says 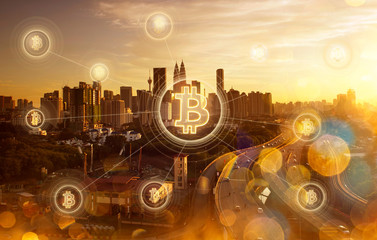 With sounds of a looming recession getting louder, many crypto enthusiasts and neutrals believe that it is just a matter of time before institutional investors join in the digital assets market. Anthony Pompliano, an American investor who is also Morgan Creek Digital Assets co-founder, believes that Bitcoin will eventually feature in every institutional investor’s portfolio.

Speaking in an interview with CNBC on Aug. 20, he said that more infrastructure is being built around Bitcoin and the general crypto markets every week. According to Pompliano, the economy is at a tipping point. He highlighted the recent developments in bitcoin that include the coin’s serial record-breaking hash rate this summer. That shows continuous improvements in the Bitcoin network’s support and security.

@APompliano on the future of Bitcoin, saying, "The more infrastructure that's built around this, the more likely it is to never go away… we're at a tipping point now where Bitcoin is here to stay." Catch more of his interview with @JoeSquawk on @CNBC pic.twitter.com/UVTRnDRYQ4

He also cited the regulators’ recent approval of the much-anticipated Bakkt platform. That platform is meant for physically-settled Bitcoin futures from the NYSE operator Intercontinental Exchange. Pompliano added:

“The more infrastructure that’s built around this, the more likely it is to never go away […] we’re at a tipping point now where Bitcoin is here to stay. It’s going to end up being in every institutional investor’s portfolio.”

Bitcoin Price May Plunge in the Near-Term

Pompliano has been on record stating that Bitcoin will reach $100,000 by the end of 2021. When challenged by CNBC host Joe Kernen on his bullish outlook, he identified several factors that could suppress bitcoin’s price in the short term. Some of these factors include overweening regulation that may initially scare investors away.

The investor also acknowledged that the number of Bitcoin owners is quite small compared to the global population notwithstanding the health of the network’s underlying infrastructure. Many people are yet to understand what bitcoin is and how it works. Pompliano thinks that the asset remains quite tricky to buy. Thus, the challenge must be overcome for the token to achieve its true potential. His $100,000 prediction in the past was based on his expectation that Bitcoin’s halving will have a huge impact on the price of the coin. The halving is scheduled for May 2020. It will see mining rewards reduce by half which, in turn, will increase scarcity.

The growing legitimization of the crypto space is another factor that will attract inflows of institutional capital. As more institutional investors join in, trading volumes will increase. Furthermore, the developing global instability climate will promote bitcoin recognition as a haven asset.

Pompliano also said that he does not consider it an investment risk by investing half of his wealth in Bitcoin. If he is right on the institutional investors, then bitcoin and the entire crypto assets will experience accelerated mass adoption soon.