Stand Aside Libra, Binance’s ‘Venus’ is the New Sheriff in Town 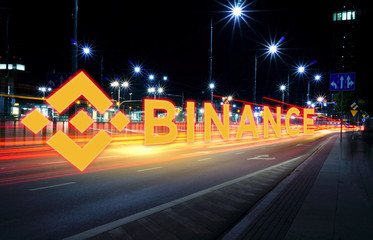 Ever since Facebook unveiled its Libra cryptocurrency, the project has encountered regulators’ wrath across the world. However, governments, crypto exchanges, and institutions think that Libra is a great idea and they are now developing their local tokens to rival Libra. The People’s Bank of China is reported to be developing a token that will encroach the market that Facebook targets.

The latest entrant into this race is Binance. This top crypto exchange announced that it will launch an open blockchain project dubbed ‘Venus’. The project aims to develop localized stablecoins throughout the world. In an official announcement published on August 19, the exchange said that it is perfectly positioned to launch such a currency ecosystem.

The move comes in the wake of its existing public chain technology, Binance Chain. The public chain comprises of a wide user base and an already existing global compliance measures infrastructure.

Binance announced that it is looking for partnerships with corporations, governments, technology firms, and other blockchain and crypto projects. It aims to develop a new currency ecosystem that will empower the developed and developing nations.

Furthermore, the exchange’s vision for its Venus project is to create a new open alliance and sustainable community. The community is meant to accept and enlist all partners who have influence globally. According to the announcement, Binance Chain already supports multiple native asset-pegged stablecoins.

Some of the stablecoins that it runs include the Binance BGBP Stable Coin (BGBP) that is pegged to the British Pound and the Bitcoin (BTC)-pegged stablecoin (BTCB). Additionally, Binance says that it will leverage the existing infrastructure and experience with different regulatory regimes. That will enable it to set up a compliance risk control system and create a multi-dimensional cooperation network for the Venus project.

The new ambitious venture by Binance seems to compete directly with Facebook’s fiat-pegged stablecoin, Libra. Facebook’s wants to launch a system that will power a global cryptocurrency payments network integrated into the company’s wholly-owned apps that include Messenger, WhatsApp, and Instagram.

The choice of this name ‘Venus’ seems to show that Binance is also entering the astrological waters. These waters feature the Winklevoss Twins’ Gemini dollar and Gemini exchange together with Facebook’s Libra project. Whether Venus will outmuscle Libra in the new global stablecoin space or not, only time will tell.