What is the Apple Card and What Does It Do? 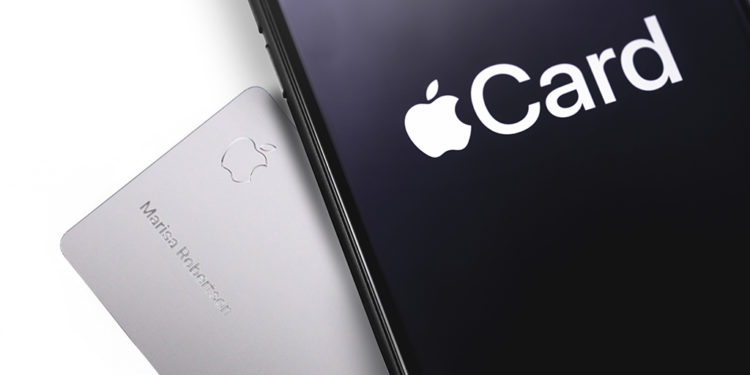 Pundits, commentators, and analysts believe that Apple Card is the next big thing in the internet banking world. When it was introduced, it attracted much enthusiasm from tech experts, consumers, and even Wall Street. Now, the much-awaited thing will become a reality with the Apple Card scheduled for launch at the end of August..

The product is not the sole propriety of Apple. Instead, it is a mechanism powered by Goldman Sachs and MasterCard provides its shape. Apple Card is designed with a primary purpose of offering simplicity and clarity to daily financial livelihood. Furthermore, the card enhances security while simultaneously eliminating transaction and banking fees.

Apple Card will help consumers to make better financial decisions by offering clarity and transparency. Moreover, it will be easy to use and convenient for customers to track their finance. Goldman Sachs will protect personal data privacy and prevent selling that data to third parties.

On the other hand, Mastercard will enable access to shopping locations globally. Apple Card is the first credit card that Goldman Sachs has offered representing the bank’s first trial to step into consumer finance. The card has several basic features but it is also enhanced by other features that make it unique. 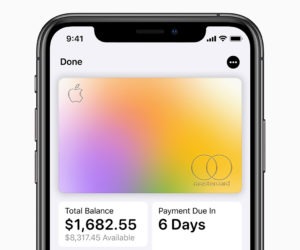 For instance, it can classify all purchases automatically while storing all that data in one app. Apple has designed the card in a simple and visually attractive way. Additionally, the Apple Wallet will show users how much they spend and the pinpoint location of their transaction.

Apple Wallet also can show the users’ history of their spendings separated in different categories like food, shopping, and drinks. It even helps in the calculation of interest on various payment amounts instantly. All of these capabilities are complemented by the many special benefits that MasterCard offers including home rental promotions, travel discounts, ‘special events’ and more.

The physical Apple Card is made of titanium making it stand out among plastic cards that other banks offer. It is also unique in that it has no normal card attributes like the expiration date, long card number on the front, signature, and CVV security code.

All these details are removed due to security considerations and the customers can look up these details in the Apple Wallet. The card only has the holder’s name and the logo of Apple. About security, Apple took extra measures for the card’s protection. Its unique number is generated on the iPhone and stored on a special security chip.

Furthermore, the card can only be activated and used after the authentication process is passed which could be Face ID or Touch ID. The cardholder must go through an authorization process in every transaction which triggers an enhanced level of protection and safety.

Apple says that a special security infrastructure ensures that the company does not know where and when the users initiated their transactions and what they spent even though all operations are recorded.

How to Pay Using the Apple Card

To use the Apple Card, you have to be an Apple user. Android users can use the physical card but cannot sign up to Apple Wallet or benefit from most of the advantageous features that include cash-back. Though Apple never said officially that it will not support Android, the security setup and binding to the Apple Wallet suggest that users must have an iPhone nearby.

The Apple Card is applicable where Apple Pay is accepted which rounds up around 40 countries worldwide. 99% of merchants accept it in Australia, 70% in the US, and 85% in the UK. But, these numbers are projected to grow in the future. Users must place their order in paper form or online to get the Apple Card.

Approval takes a few minutes and users instantly access the credit line and can use it without any delay. But, to request and get the physical cards, users must wait for a few days. Notably, the payment process will resemble that of the other cards linked to the iPhone Wallet using Apple Pay.

The transactions must be validated using Touch ID or Face ID and then the iPhone should be held near the contactless card reader. Thus, it is virtually impossible for transactions to be executed without the actual user. Hence, the Apple Card is extra secure.

Even when using the physical card at the terminal, CVV security code and card number are only accessible through the app. But, the Apple Card does not support any form of contactless payments.

Apple Card comes with many benefits whether users choose to use Apple Pay or the physical titanium card. The cashback on every purchase using the physical card amounts to 1%. When paying using Apple Pay, users get 2% back while all Apple purchases like App Store, Apple Store, and other related services offer a 3% cashback. That surpasses the average rates provided by other banking retailers. 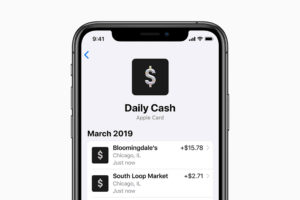 Furthermore, Apple proposes rewards to incentivize spending. Notably, Daily Cash is transferred to the customer’s Apple Cash card that is already integrated into the iPhone wallet. On the other hand, by comparison, other retailers do similar things only monthly. Apple Cash can be used immediately using Apple Pay or by directing the transactions on Apple Card balance from where it can be forwarded to any bank account.

Users, however, cannot receive the check by mail which makes Apple Cash limited to use within the Apple ecosystem. Regarding the fees, Apple Card never charges a standard set like late fees, transaction fees, and annual fees. The only charge users may encounter is the interest on credit card balance.

Currently, the Apple Card is available to US users only. The first trial was done on August 6 when Apple released the card to a few users. Its full launch will take place at the end of August. But, Apple is already negotiating with European regulators. That means that the European users will not wait long to see and use the Apple Card.

The customer support for this card is available 24/7. Thus, when issues arise, users will never have to wait for long before they are sorted out. The support service is integrated into the Messages app. Hence, after a user sends a text, a staff representative gets back to them quite fast. Furthermore, there is a voice call option offered by the Wallet app.

For the individuals desiring to study the Apple Card operation and more detailed information of its working principle, it is advisable to read the customer agreement keenly. The agreement is available on Goldman Sachs website here.

Apple provided an innovative solution and made its footprint in consumer finance by introducing this card. Although the stylish titanium card stands out of the plastic cards crowd, Apple needs to get a wider operating ground for it.

For loyal fans, Apple Card is an excellent option since it offers the best cashback conditions for Apple purchases. But, for the rest of the customers, it can be beneficial to wait as Apple Pay gets acceptance in more shopping locations.