A Satoshi Nakamoto Ghost Alleges to Own $10 Billion in Bitcoin 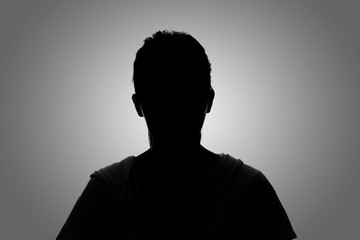 Bitcoin is arguably in many ways as the mother and leader of all cryptocurrencies. The biggest crypto has for the past ten years dominated the whole digital assets space. It is currently having dominance of 68.9%. Therefore, it is not a wonder that many have come up claiming to be the founders and developers of BTC. The inventor of the virtual coin remains a mystery referred to as Satoshi Nakamoto.

To add to the ever-growing list of the other supposed Satoshi Nakamotos is one individual who vows to reveal himself as the true Bitcoin inventor in the few coming days.  This ‘real’ Nakamoto alleges that currently, he owns 980,000 BTC. Using the token’s current market value, that amount is worth over $10 billion.

The Satoshi Nakamoto Renaissance Holdings, a blockchain company, said that the ‘real’ Satoshi will break his silence after remaining in the shadows for 10 years. He also plans to reveal his deepest secrets in three installments. The revelations will start on August 18 at 4 p.m. Eastern Time.

The spokesperson for the ‘real’ Nakamoto, Ivy McLemore, said in an exclusive interview that:

“The three parts will speak for themselves. And the truth will be known.”

The spokesperson also said that this revelation is in no way a public relations stunt aimed at marketing the blockchain company.

Plans for a Bitcoin Transformation

This Satoshi Nakamoto has promised to reveal his true identity on the company’s official website. In that report, he says that he will reveal his real name, country of origin, and the reason why he is yet to move any of his 980,000 tokens. Moreover, he plans to reveal his professional and educational background.

The most interesting part of this revelation is Nakamoto’s explanations of his plans for a bitcoin rebirth and transformation. He also claims that he will elaborate on the crucial role that encryption and cyphers related to Chaldean numerology played in the invention of bitcoin.

Additionally, he alleges that there is a special reason why he selected August 18 to reveal his identity. One of the reasons is that he registered the domain Bitcoin.org on August 18, 2008. The second part of the big revelation will take place on August 19 at 4 p.m. EDT. Then, the last installment of his revelation will happen on August 20 at 4 p.m. Eastern time.

At the final revelation event, the ‘real’ Bitcoin inventor said that he will introduce a project known as Tabula Rasa:

As all this is happening, another self-proclaimed Satoshi, Craig Wright, is languishing in the aftermath of a $10 billion lawsuit. This week, a federal judge denied Craig his motion to dismiss the $10 billion lawsuit filed against him by the now-deceased Dave Kleiman. The Florida federal judge, Beth Bloom, stated that Craig had failed to prove that her court lacked subject matter jurisdiction over that case.

Ira Kleiman, Dave’s brother, purported in a 2018 lawsuit that Craig and Dave had mined 1.1 million bitcoins together. Ira said that Craig did not share any of the almost $10 billion BTC fortune with the Kleiman estate after Dave’s death in 2013.