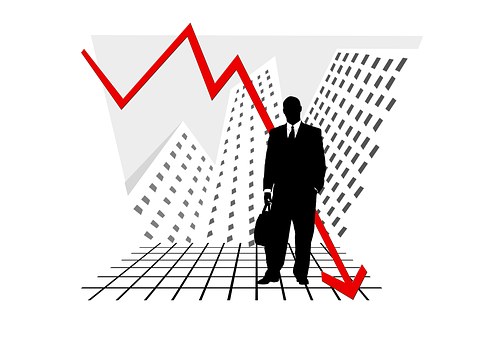 Since the start of 2019, the global economy has been ailing. The unresolved Brexit issues and the US-China trade wars are not doing anything to help that situation. On August 14, the European stocks plunged as Germany’s economy went into reverse. The latest developments have revived fears of a global recession and tempering a rally for most equities after the US delayed tariffs on various Chinese imports.

Europe’s largest economy reportedly shrank by 0.1% in the Q2 of 2019. The trade war and weak demand are responsible for dragging on the German manufacturers. The Eurozone, in general, reported a gross domestic product growth of a mere 0.2% in the same quarter.

The Euro STOXX 600 reported a loss of 0.4% while the markets in Frankfurt. GDAXI, London. FTSE and the Paris FCHI lost within the range of 0.2% to 0.6%. Additionally, the Wall Street futures gauges were also a bit lower.

Taking a look at the bond markets, they were also flashing warning signs of a recession. Notably, the gap between the U.S. two-year and 10-year Treasury yields dropped to less than a basis point after it shrank on Tuesday to its narrowest since June 2007. This metric is closely watched since it mostly reveals any signs of a slowdown in its early stages. 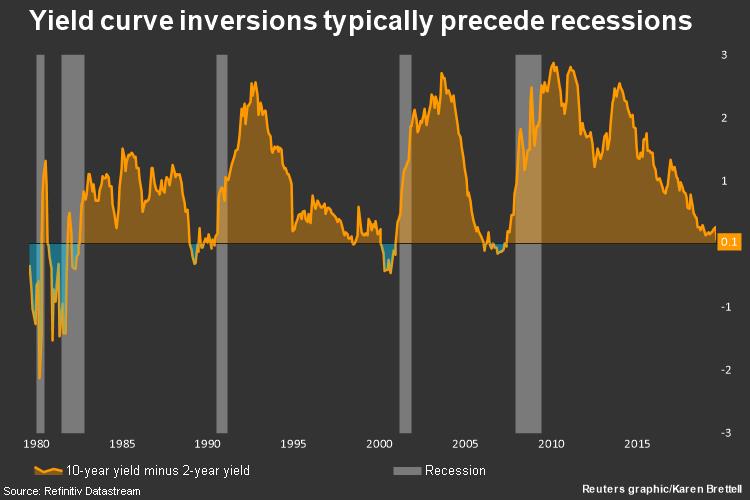 The wind was knocked out of the sails for most stocks by the German figures coupled with data revealing the slowest growth for Chinese industrial output in 17 years. Earlier, equity investors in Asia and Wall Street cheered when President Trump pushed back a September 1 deadline for new tariffs on remaining imports from China.

The S&P 500 that had lost 1% on Monday gained 1.5% overnight which sent Asian stocks outside Japan up 0.6%. The benchmarks in Hong Kong, Shanghai, and Tokyo all mirrored the surge experienced by the US stocks. However, the momentum faded in Europe as optimism reduced.

The markets are ‘frightened’ since the damage has already been done by the trade war as shown by Germany’s slowdown. All that damage is happening even though Trump’s move means that tensions are easing. According to the chief economist and strategist at Market Securities in Paris, Christophe Barraud:

“The trade war and the dispute between the U.S. and China have already had an impact – especially when you look at countries most sensitive to global trade like Germany and even Italy.”

The MSCI world equity index that tracks shares in 47 countries was flat on this occasion. China’s industrial output slowed more than expected in July showing that the trade dispute is dragging on economic growth. The reported 4.8% growth was the slowest in the past 17 years.

The Japanese Yen that is considered to be a haven gained around 0.3% to stand at 106.42 per dollar. That gain is attributed to the fact that the Chinese data showed that any resolution to the current trade war was considerably way off. The offshore Chinese Yuan mirrored that view and fell by 0.4% against the dollar to stand at 7.0337.

The offshore Chinese Yuan erased the gains made a day earlier making it remain weaker than the psychological 7 to the dollar that it had achieved the past week.

In the commodity markets, oil prices plunged after the Chinese data from China paired with a rise in the US crude inventories. That also got rid of some of the gains that were accumulated after President Trump’s tariff delay.

Brent crude was down by 54 cents which translates to 0.9% to trade at $60.76 a barrel at 0744 GMT. That is a dismal performance after it had surged by 4.7% on Tuesday which represented its largest percentage gain since December 2018. 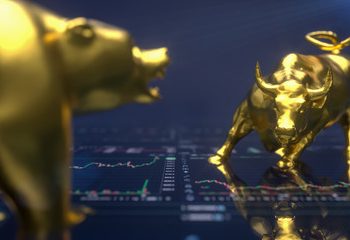 Will Gold (XAU/USD) Go Up Or Down? 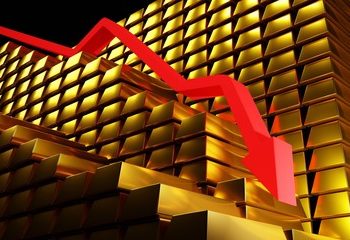 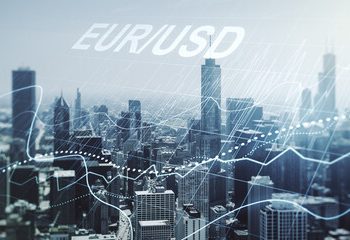