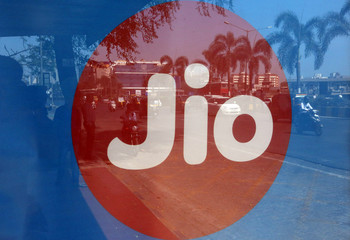 Reliance Jio made an official statement that it plans to install a pan-India blockchain network for industries. The installation of these networks is set to start by the end of the year and it will extend into 2021. It will feature tens of thousands of nodes that will start operations from the first day.

The company also partnered with Microsoft to distribute cloud services all over India. When completed, the project is expected to become the biggest blockchain network globally targeting to serve up to 330 million customers. On August 12, Reliance announced the new developments on Microsoft partnership, blockchains, and start-ups.

According to the Chairman of Reliance Industries, Mukesh Ambani, incorporating blockchain technology will enable the company to deliver unprecedented trust, security, automation, and efficiency to most of its transactions. He was speaking at the company’s Annual General Meeting in Mumbai. At the same event, he also said that the project is an important capability for India.

Ambani believes that blockchain will help in modernizing the company’s supply chain for agricultural produce and most other goods that form the spine of India’s economy. He further explained:

“And using blockchain, we also have an opportunity to invent a brand-new model for data privacy where Indian data, especially customer data, is owned and controlled through technology by the Indian people and not by corporates, especially global corporations.”

The company will start this mega project by developing a blockchain network of Edge Computing and Content Distribution throughout India. Jio’s blockchain network will not only power industries, but it will also offer the users with data privacy as well.

The Jio-Azure cloud service will become available to Indian start-ups for free. Ambani also added that the company is planning to offer business, connectivity, and automation tools at around Rs 1,500 every month. All small businesses in India are set to benefit from this package.