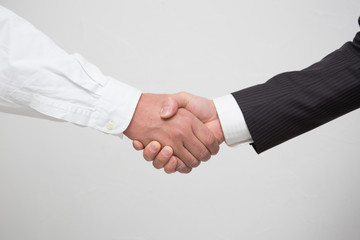 The Abu Dhabi sovereign wealth fund Mubadala Investment Capital today endorsed cryptocurrencies amidst what it calls ‘challenging marketing conditions.’ According to an official statement earlier this month, the company confirmed that it has invested in a crypto-asset exchange via its ventures arm in MidChains. That exchange is scheduled to launch in late 2019 in Abu Dhabi.

The latest move comes as Mubadala enhances its investments into the technology sector where it has identified strong opportunities. That deal marks a major milestone for the company since it is the first instance where Mubadala has invested directly into a cryptocurrency company in the Middle East.

The company further describes the digital asset space as ‘one to watch’ believing that MidChains has the potential to succeed in spite of the many bumps along the road. MidChains’ founders acknowledged that they were in discussions with Mubadala for almost a year before that deal was finalized. Though they never disclosed the value of the investment, they stated that it was a seven-figure number in US dollars.

Mohammad Al Hashemi who is the co-founder of MidChains said:

“Mubadala has always been a pioneer in the technology space and wants to become a pioneer in investing in new technologies. They’ve been very close to us, they like the story, we’re from Abu Dhabi, it’s exciting to see something growing from Abu Dhabi on a global scale by local talent, and they’ve been quite supportive, to say the least.”

He added that Mubadala are firm supporters and he thinks that their new partnership will work successfully working as a team and as a company in the new crypto space. Al Hashemi together with Basil Al Askari co-founded MidChains. Askari now serves as the company’s CEO. Both of them are Emiratis who have a vast background in financial services.

With the launch of their company imminent, they want to develop a crypto exchange in Abu Dhabi with their base at Abu Dhabi Global Market (ADGM). While UAE authorities never regulate digital assets and cryptocurrencies, ADGM acting as an offshore jurisdiction launched a crypto asset regulatory infrastructure in 2018. That infrastructure features governance and oversight on the asset class.

Al Askari commented in an interview:

“We’re an exchange. You can think of it similar to a stock exchange, but where you’re trading equities, for us, it would be crypto. We also perform custody activities, which means we also can store, settle, and clear crypto transactions on behalf of our clients.”

In May 2019, MidChains got approval from ADGM’s Financial Services Regulatory Authority. The approval lets it operate a cryptocurrency exchange. Hence, the platform will be fully regulated by the Authority when it gets launched.

According to Al Askari, regulation is necessary to enable cryptos to flow into the mainstream. Institutions in the UAE have been worried about cryptos over the past few years. The uncertainty surrounding digital assets made institutions shy away from creating any crypto trading desks. Al Askari said:

“If I bring this down to the GCC, I think that there is a hesitation and there is a lot of white space still available. I think if investor concerns are addressed, and the chief concern being oversight … then appetite will increase in the region.”

Eventually, people are always comfortable with the existing investment asset classes since enough oversight is already put in place. Al Askari believes that authorities are gradually starting to offer enough oversight to the crypto investment space.

When analyzed in the international perspective, cryptocurrencies are gradually beginning to get mainstream traction. JP Morgan has already created its JPM Coin after it had dismissed cryptos during the 2017 bull run. On the other hand, Goldman Sachs is actively recruiting a team, particularly for cryptos. Fidelity Investments unveiled a crypto arm.

Al Askari thinks that it is a good sign of interest displayed by the big banks. Thus, it is slowly becoming clear that cryptos are on track globally gaining more institutional participation. Appetite is also developing digital assets from retail investors. The MidChains’ founders think that another bull run is in the making before 2019 ends. They also believe that it is highly likely that interest will continue to grow.

Currently, most of the investors who have displayed some interest in using the MidChain platform to trade are based outside the United Arabs Emirates. Furthermore, all those who want to trade think that the new asset class is here to stay. However, that does not confirm that it will stay as a mainstream currency.

Al Askari thinks that cryptos like Bitcoin will become a new investment class as opposed to becoming a replacement for the US dollar or any other fiat currency around the world. His sentiments are shared by many other traders who invest in cryptocurrencies.

MidChains stated that it will try to raise additional capital later this year after securing the investment from Mubadala. It acknowledged that it is already in touch with various investors including several large institutional US investors. The founders were not ready to name any of their potential further investors that they were in touch with. But, they revealed that they were institutions dealing with traditional asset classes.

Investors are advised to note that MidChains has no stances on the price outlook for any cryptocurrencies. It is just an exchange platform to trade digital tokens.

The announcement of the Mubadala investment into the MidChains start-up came a few days after it reported its 2018 financial performance. Mubadala described last year as challenging featuring uncertain yields and volatile equities. Furthermore, it stated that it was seeking to invest in different industries including technology where disruption:

“Is creating the potential for value across all sectors, which is an opportunity for us to deepen our position as a major global investor.”

The group CEO and managing director of Mubadala, Khaldoon Al Mubarak, spoke at the time of reporting performance saying that the company is:

“Activating its investments and relationships to establish Abu Dhabi as the technology hub for the Middle East and North Africa region.”