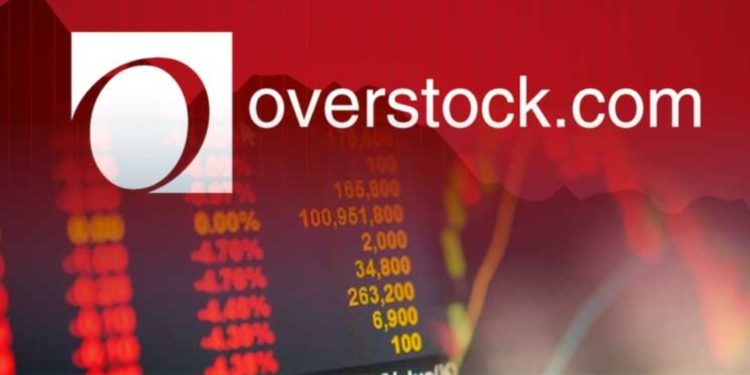 Overstock released its Q2 2019 financial results. It announced a 23% plunge in revenue and a 19% plummet in gross profit. The shareholder announcement was published on Aug. 8 where the retail giant said that tZERO, its blockchain subsidiary firm, is progressing as scheduled. The blockchain firm is focusing on six major areas especially security tokens.

Although the latest reports show a major decrease by most metrics, Overstock notably returned to a positive adjusted Earnings Before Interest, Taxes, Depreciation and Amortization (EBITDA). That positive result comes for the first time since Q2 of 2017. Additionally, gross margin has enjoyed a 79 basis point increase compared to the preceding quarter. But, sales and marketing expenses were down around 63% in the same period.

According to these results, tZERO posted around $10 million pre-tax loss. The loss is believed to have affected its parent firm’s general and administrative (G&A) expenses.

In the breakdown of different business segments, the retail giant announced that for Q2 2019, tZero accounted for around $4.1 million of its nearly $373 million net revenue.

In that announcement, Overstock became the first large retailer to accept virtual currencies back in 2014. In that context, it unveiled its blockchain-focused commerce subsidiary Medici Ventures that same 2014. On August 8, reports emerged that tZero plans to let the public trade its security tokens within the coming days. It expects up to 50,000 new investors within its existing Overstock shareholders base to start trading these security tokens.

Although tZERO has been offering token trading since January 2019, it has all this while been available exclusively to the accredited investors. Moreover, the investors could only access it through a digital securities brokerage account hosted by Dinosaur Financial Group.

The firm had formally completed its security token offering (STO) in August 2018 acquiring around $134 million from at least 1,000 global investors. In March 2019, it attracted scrutiny from the US Securities and Exchange Commission resulting in an Overstock shares’ price drop.

tZERO was awarded a patent earlier this month. That patent was for a solution that can link traditional trades and exchanges to public blockchains.