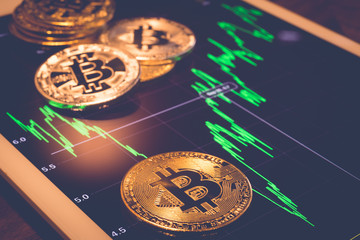 Mark your 🗓. @Gemini will be added as a constituent exchange for the CME CF Bitcoin and Ether-Dollar Reference Rate and Real-Time Index, capturing wider market participation and increasing the robustness of the pricing indices. @CFBenchmarkshttps://t.co/c6T1kfOpu9 pic.twitter.com/m8mhii3p6H

Both were seen as major stepping stones towards the successful professionalization of Bitcoin trading. They also signified the acceptance of the digital asset by the stalwart traditional trading giants. The CME Group launched two analogous products in March 2018 for Ether (ETH). The products include “CME CF Ether Real Time Index” and “CME CF Ether-Dollar Reference Rate” in conjunction with UK-based crypto futures-focused exchange Crypto Facilities.

These pricing products drew on transactions and order book activity data anticipating the addition of Gemini. Some of the involved trading platforms include Coinbase, Bitstamp, Kraken, and itBit. Nevertheless, Coinbase is not cited in relation to any of the CME Group’s Ether products.

Notably, the CME Group was preceded by the NYSE Bitcoin Index that went live in May 2015. According to the NYSE operator Intercontinental Exchange (ICE), this product was the first-ever exchange-calculated and disseminated Bitcoin index. Since the early years, the crypto pricing products have turned out to be increasingly more widespread and sophisticated. Most of them target institutional investors.

In June 2019, the over 500,000 traditional traders reviewing the Bloomberg and Reuters financial terminals got access to a new AI-powered index. The index featured 100 of the strongest performing tokens and cryptos.

CryptoCompare went ahead to launch an Exchange Benchmark product in 2019 ranking more than 100 global crypto spot exchanges throughout the world. Previously, the data provider had announced a partnership with Nasdaq to unveil a new crypto pricing product. It also announced a joint venture with BitMEX to create a crypto futures dataset.