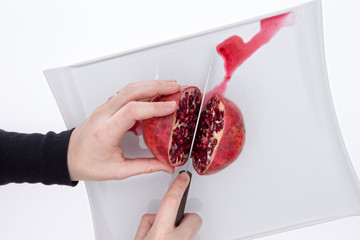 With just hours to go until Litecoin’s next halving event scheduled for August 5, 2019, various scenarios might arise after the crypto’s reduction in block rewards. Despite their reputation of price hikes, the last month leading to this halving has witnessed a 25% price decline. This time around, experts and commentators do not expect any dramatic valuation changes to happen.

Mati Greenspan of eToro said that halving events are always priced in before they happen. He noted that Litecoin has overpowered the rest of the crypto market in the 2019 rally. Some analysts think that the surge in the LTC price could have come due to the looming halving event.

It is not clear whether the price will react in the short-term after the halving. However, reduced supply in the long-term mostly causes an upward momentum when all other parameters remain constant.

Miners ramp up operations to maximize profits until the process becomes less profitable. They do that in the time that leads up to the halving. Miners invest in powerful and specialized equipment to enable them to take on the computing difficulties that come up when creating blocks. As the mining difficulty rises, so does the electricity costs.

As mining costs increase, even the mining farms are striving to remain profitable especially after going through the persistent crypto winter of 2018. Mining has become a big investment that needs to remain profitable. Hence, when profitability falls, activities seem to stop.

Litecoin miners are expected to feel the heat after the halving event with most expected to shut shop after August 5. Charlie Lee, the Litecoin creator, said that halving the block rewards by 50% always has a significant impact on the Litecoin mining ecosystem. When some miners stop mining, the blocks will slow down for some time.

For LTC, it will take three and a half days before a change arises. Thus, after around seven days of slower blocks, everything will re-adjust back to normal. Although a decrease in supply increases demand, sentiment also plays a role in ramping the price of the commodity. People will buy extensively expecting the price to go up and it eventually does that as scarcity kicks in.

Litecoin peaked in July of 2015 after a previous halving event. However, it plunged almost 50% by the time of the reward reduction. A further 75% loss followed in the aftermath. Other experts view the halving event as an effective filtering process that ensures that only serious participants remain in the space.

If the price bombs after the halving, only large mining farms  will remain operational after the network hash rate tails off. After the hash rate drops past a certain level, the mining difficulty will ease letting small miners to re-enter the mining business.

A report published by Binance Research stated that the halving impacts for LTC and BTC miners can be mitigated by merged mining. Binance researchers analyzed Charlie Lee’s predicament of many miners shutting down and thought of solutions. They believe that merged mining may help to keep miners on board even after a reduction in rewards hit the markets.

Merged mining is believed to use work done on a parent blockchain and spreads it across ‘child blockchains’ using proof-of-work (AuxPoW). The three most common merged mining examples are the Bitcoin-merged Dogecoin (DOGE), Litecoin-merged Namecoin (NMC), and Myriadcoin (XMY). XMY is a cryptocurrency that is merged with both Litecoin and Bitcoin.

Theoretically, merged mining may help mitigate the reward reduction impacts by future Bitcoin and Litecoin halving events. Research shows that smaller chains may also incorporate AuxPoW in the future to support more network security. That may also minimize the need for an independent mining operation.

However, some possible shortcomings may arise from merged mining. Research suggests that miners may not turn to this mining method due to operational costs risks when supporting child blockchains and possible declines in the market price.

Dogecoin is, so far, recognized as the most successful merged mining example. It adopted this mining model in 2014. After that switch, the token’s mining hash rate spiked by 1,500%. Notably, 90% of Dogecoin’s total hash rate as of July 2019 comes from the Litecoin mining pools.

Whatever the future holds for Litecoin after the August 5 halving, only time will tell.