Who has the Final Say on Bitcoin’s Survival, Japan or Donald Trump?

It seems true that Changpeng Zhao, the Binance CEO has internalized President Trump’s Art of the Deal. The primary lesson from the president’s 1987 book is that there are times when bad publicity is better than no publicity at all.

For now, the financial product that is receiving bad press is Bitcoin. Zhao’s exchange is, on the other hand, striving relentlessly trying to popularize the crypto asset. But, the two worlds are colliding with President Trump slamming digital currencies terming them as ‘not money.’ According to him, cryptocurrencies are based on ‘thin air’ and he made it clear that he is not a fan of this innovation.

Zhao’s response is characteristically Trumpian since he said:

“The fact that [Trump] tweeted about it, and the president of the United States is talking about cryptocurrency, it’s a good thing”

Possibly, he is somewhat right about one thing: The Trump administration is in no position to decide whether blockchain and bitcoin revolutions thrive. The odds currently say that it is up to Japan to decide.

Many theories and paradoxes come to mind with this simple suggestion. There is no other developed nation that knows more risk-averse or red-tape-obsessed government than Japan. Prime Minister Shinzo Abe’s party is open to financial disruption and the thought of cryptocurrencies sounds fanciful. Abe’s party has ruled Japan with just brief interruption since 1955 but has overseen major technological advancements in the country with favourable policies.

In the meantime, Japan has been the ground that hosted two of the biggest hacking scandals up to today. Tokyo was first draped in crypto crime tape back in 2014. At that time, $450 million vanished from the Mt. Gox exchange. In 2018, hackers ghosted another $500 million from Coincheck. Furthermore, half of Bitpoint exchange’s 110,000 clients woke up earlier this month to find themselves at a loss.

Japan’s economy seems more deserving an investigative episode for the cinemas than a location to support the epicentre of the crypto game. Yet, Japan is embracing the nascent technology. While China, the USA, and most of the G7 powers are hitting the brakes, Tokyo is striving to keep the new market running.

Currently, most of G7’s attention is focused on the new ‘threat in town,’ Facebook’s Libra. Mark Zuckerberg’s creation has provided a rating point of consensus in the G7 circles. Maybe it is the very first rating point of the Trump era. In Chantilly, France earlier this month, the Group of 7 officials agreed to head Facebook off at the pass.

Washington has ‘extremely serious worries’ about Libra as explained by Trump’s Treasury secretary, Steven Mnuchin. The secretary called the stablecoin a “national security issue.” The French Finance Minister, Bruno Le Maire, said that Facebook’s Libra should never be considered to be a replacement for the fiat currencies. He thinks that tighter regulations should be imposed on Facebook.

Furthermore, Olaf Scholz, the German Finance Minister, was not being hyperbolic when he observed that: “Libra is on everyone’s mind.”

In the G7 meeting was Abe’s 78-year-old finance czar Taro Aso. He was the only one with the most open mind at this table stating:

“Users would find [Libra] useful in making international money transfers because it would be cheaper than the current system.”

The question of whether these crypto assets will turn out to be reliable is another issue altogether. What Japanese authorities mean is, rather than slamming and discarding Libra and many other digital money innovations, they should help shepherd and guide the nascent industry toward greater reliability and stability.

Time has the answer to whether Japan’s openness to crypto will pay off or not. However, the Japanese economic team is considering two ideas simultaneously. It is almost certain that bitcoin and its competitors are not going away. As a matter of fact, blockchain-related innovation in the financial world is more likely to hasten and widen than retrench.

Secondly, Japan aims to be ready when the crypto industry figures out where it wants to be between three and five years from now. The first challenge may have escaped the US lawmakers earlier this July when they called Facebook in for Congressional hearing. However, Facebook could be just the pioneer of many proposed private currencies that will emerge in the future.

There are high probabilities that Apple, Alibaba, Google, SoftBank, Amazon, and Tesla may scramble to introduce their local Libra offerings. What will prevent the People’s Bank of China or the Bank of Japan to issue their cyber-currencies? The world’s most powerful tech behemoths will certainly use their political influence and deep pockets to keep pushing.

Japan has resigned itself, for better or worse, to play an integral role in influencing the future of money. Tokyo will not force any financial genies back in the bottle. The realistic approach has Japan lobbying for more regulation. At a G20 meeting in late June, Japan put cryptos on the discussion table. It even shoehorned a mention into the official communiqué.

The G20 participants vehemently warned that crypto-assets make terror financing and money laundering easier. But, the document also highlighted how various technological innovations can deliver noteworthy benefits. With all that happening, Japan has taken center stage in this balancing act. Few nations worry about threats from North Korea where hackers are succeeding in stealing bitcoins.

A UN report in March estimates that N. Korea has stolen over $571 million from crypto exchanges around Asia. Japan chooses to focus on enhancing transparency, KYC mechanisms, and common-sense disclosure rules. But, the G7 and developing giants like China are not comfortable with cryptos operating quite far outside the conventional finance infrastructure.

However, the key to the issue is finding a medium that ensures the innovations enhance instead of killing the market. Therefore, the officials in Tokyo see the blockchain revolution as their perfect chance to catalyze a start-up boom. Japan is desperate to create more economic muscle and wealth from scratch as Trump’s trade war slams most exports.

But, some good publicity will surely help to propel Japan’s blockchain agenda to success. Authorities must develop safeguards that will protect investors and reduce detrimental uses without killing cryptocurrency’s unique qualities.

That balancing is quite hard and time will determine where Zhao’s Binance and its peers will end up. Nonetheless, the fate of the crypto boom is more likely to be influenced by Japan rather than President Trump. 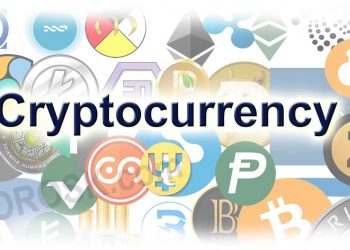