It is a Freezing Crypto Summer; Are Bears Creeping Back? 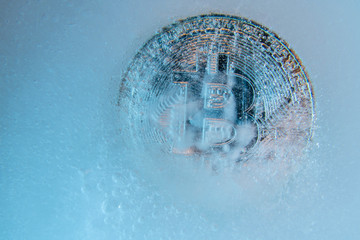 After spiking in June, Bitcoin and the other major altcoins are making a downward correction. But, Mati Greenspan who is a senior analyst at eToro seems undisturbed by the bearish trend. He said in a tweet on July 23, 2019, that the crypto winter is over and now it is spring.

Even though the world of traditional financial assets is celebrating a weekend and going on a break, crypto space is highly volatile. Notably, the crypto market, led by bitcoin has recorded another dump in valuation.

How Long Before Price Depression Ends?

One crypto enthusiast recently asked Mati Greenspan how long it will take before the current depression ends. The twitter user was also wondering whether the crypto winter has ended as some analysts publicly say.

In response, Greenspan said that the crypto winter is long gone and it is now springtime. Notably, crypto spring is associated with price hikes in the cryptocurrency market.

However, today’s performance adding to the performance in recent weeks suggest a price depression in the crypto-assets market. It could be true based on Bitcoin’s plunge from the 2019 highs of $13,387 and a market capitalization of $232 billion.

Could the Current Depression be a False Winter?

There is a high possibility that the general sentiments about the top cryptos may not be seen at what they are now. Thus, many crypto bulls think that this is the last chance for the community to refill their portfolio awaiting the imminent bull run.

Thomas Lee who is the Fundstrat Global Advisors co-founder also thinks that crypto winter is over. He listed 13 instances as evidence that the winter is long gone in a tweet on May 19, 2019. The instances are intertwined with positive events that have taken place in the crypto world recently.

Since the start of July, bitcoin has fallen multiple times. These plunges have constantly happened before the weekend. Normally, the market corrects itself after these drops. However, the valuation recovered this time was not as big as the amount lost in the slump.

At the time of writing, Bitcoin is trading at around $9,480 recording a plunge of almost 4%.

Bitcoin’s valuation has also taken a battering now oscillating around $169 billion. In the early hours of July 27, BTC’s trade volume was bigger than normal and its volatility was astounding and it was confirmed by the Bollinger Bands.

The current dump, however, is attributable to the BitMEX massive liquidation of more than $100 million worth of bitcoin. In the past 10 hours, there has been significant activity on the exchange. Bitcoin has emerged as the primary victim of the circumstances.

The slump also took the valuation of the largest cryptocurrency below the Fibonacci resistance of 0.382 that translates to $9,441 in market value. That price level could later become a crucial turning point for this trend. Any consolidation in the lower area of $9,000 or a move below the same could welcome a major fall in the coming weeks.