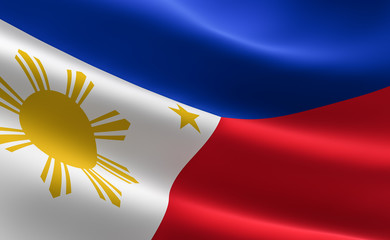 The virtual currency space keeps changing daily. Since July 2018, the Securities and Exchange Commission (SEC) issued an advisory to the public on the increase of ICOs. After most regulators stamped their authority against this funding method, it has now changed to become “digital asset token offerings” (DATO).

The advisory still stands warning that many DATOs feature digital assets that resemble an investment contract or a security. The Securities Regulation Code needs all securities offered to the public to be registered by the SEC. Also, all necessary disclosures must be made to protect the investing public.

In August 2018, the SEC released draft rules on regulating ICOs (now DATOs), for public review. Under these rules, any trial or offer to sell cryptos to Filipinos must go through an ‘initial assessment request’ with the SEC. The assessment is meant to determine whether the token on offer is a security or not.

The Cagayan Economic Zone Authority (CEZA) has set up the most notable developments in the Filipino virtual currency or asset space. CEZA refers to itself as the country’s financial technology (fintech) sandbox. Moreover, it is described as the future “Crypto Valley of Asia”.

CEZA launched its Financial Technology Solutions Business Enterprise (FTSBE) in May 2018. At the same time, it launched Offshore Virtual Currency Exchange License Program (OVCE). The program lets foreigners get a license in the Philippines to open and manage a regulated offshore virtual currency exchange.

Cryptosx Digital Assets Exchange is an example entity that has a CEZA OVCE license.Cryptosx uses blockchain or distributed ledger technology to digitize assets. The digitized assets are then packaged into smart contracts that rapidly get deployed across jurisdictions and markets. Additionally, it uses blockchain for anti-money laundering and KYC (know-your-customer) authentications before potential investors can access the DATOs.

Cryptosx DATOs can be accessed across 30 countries. CEZA has released and approved its regulations governing DATO IPOs. They are designed to regulate the crypto space that will protect investors and develop a precise regulatory infrastructure for the acquisition of DATOs. The assets are categorized as security or utility tokens. Also, the regulations require all tokens offered to be listed in a CEZA-constituted OVCE.

CEZA and the Asia Blockchain and Crypto Association (ABACA) are responsible for enforcing the said framework. Thus, CEZA abides by the SEC’s timeline for the release of its own DATO rules.

CEZA announced on July 4, 2019 that it has certified the Flourish City Development Limited (FCD) DATO. That becomes the first-asset-backed token approved by the regulator. FCD is known as a leading plantation owner, developer, and producer of agarwood. Its token will go by the symbol AGWD and it is backed by one FCD common share.

Reports reveal that AGWD will be traded only on the Cryptosx platform since it has a CEZA-issued license to operate an OVCE. First Bullion Holdings (FBH) will oversee the FCD DATO and later release the offer document in its site. Additionally, FBH will supply all the necessary instructions on how to subscribe to the DATO.

But, the SEC’s draft rules govern operations of an exchange where digital assets are traded online in or from the Philippines. The SEC’s DAE requires P100one hundred million pesos initial paid-up capital that must be paid in fiat currency. It seems like the Securities Regulation Code covers only trading digital assets on an electronic online platform.

A legal and regulatory framework has become necessary due to the rapid assimilation of cryptos into the Filipino’s investment portfolio. The new framework aims to balance public interest without choking fintech developments in the country.