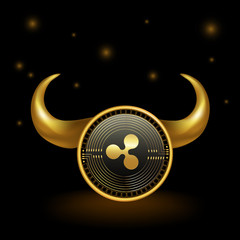 Many commentators and analysts believe that the next crypto Bull Run will be more sustainable than that witnessed in 2017. The reason for that is that more institutional investors are diving into the crypto space increasing the rate of mass adoption. At first it was just speculation, however, the latest data from the markets show that this group of investors is impacting the markets significantly.

Ripple released its second-quarter market report on July 24. According to that report, the blockchain company’s XRP sales increased considerably. In the first quarter of 2019, sales hovered around $169.42 million compared to $251.51 in the Q2 of 2019. That represents a 48% increase in the sale of XRP tokens.

What Caused the Surge?

Ripple believes that this latest increase is as a result of immense institutional interest in the market. Further reports show that XRP sales amounting to $106.87 million were disposed to institutional clients directly. That is a 73% increase from $61.9 million recorded in the Q1. Additionally, approximately $144.64 million worth of XRP was successfully sold through programmatic sales.

Nevertheless, the company encountered infringements by inflated sales volume that warranted a temporary deferment on programmatic sales. Furthermore, caps were introduced on all institutional sales to cater to problem evaluation. It was noted that Ripple, later on, resumed XRP sales at a rate almost 50% lower compared to the previous guidance. That was done at 10 basis points of the CoinMarketCap reported volumes.

Now, Ripple has decided to take an increasingly conservative approach to XRP sales in Q3 of 2019. Moreover, the blockchain company has decided to move out of some of the over-the-counter (OTC) markets.

The company instead wants to concentrate on the different markets that require liquidity. That will translate into a move that may impact institutional sales in the Q3. Whatever the outcome of this strategy, only time will tell.