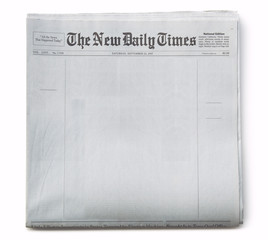 In the current world, the issue of fake news is proving to be a challenge for many media outlets. Even in the crypto world, prices fluctuate as a result of fake and unconfirmed news. Hence, various media outlets are looking for ways to combat this challenge. The New York Times Company has announced that it has initiated blockchain publishing experiments.

The Media Outlet first announced its indulgence into blockchain in March 2019. Published on July 23, a new site for the publisher’s News Provenance Project explains how explains the blockchain plans. The storied newspaper’s newspaper’s Research and Development team plans to use Hyperledger Fabric’s permissioned blockchain to validate news photographs. It will work in partnership with IBM Garage, the tech giant’s accelerator program.

This project strives to fight misinformation and adulterated media which harms large and small publishers. The website said:

“News consumers [who] are deceived and confused…eventually become fatigued and apathetic to news.”

The New York Times together with its partners confirmed that it will run a proof-of-concept from this July until late 2019. This project will try to find a way to maintain trust in digital files. It also targets to store a news item’s ‘contextual metadata’ on a blockchain.

The stored information will include where and when a video or a photo was shot and who took it. Also, information regarding how it was published and edited will feature on the blockchain. The underlying idea is to develop a:

“set of signals that can travel with published media anywhere that material is displayed.”

The New York Times expects the project to work also on social media including search results and group chats. The company also will publish updates on the project all through the process. It will then culminate in a full report after the pilot’s conclusion.

Other confirmations of this project have come up in recent weeks. The Civil Media CEO Vivian Schiller who formerly worked with the New York Times confirmed via a tweet. Also, the program’s project lead, Sasha Koren, confirmed this information through a lengthy Medium post.

Earlier in the year, reports emerged that the New York Times was preparing to experiment with blockchain technology. Speculation was high when the mainstream media company posted and then quickly removed an ad where they were searching for a blockchain project leader.