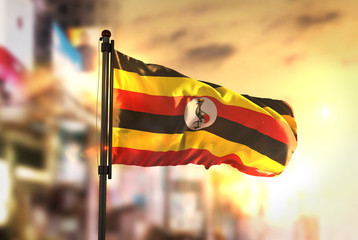 Human and drug trafficking are pertinent issues affecting the entire world. However, the most hit are the developing countries. In that context, Uganda has decided to face the issue of fake drugs firmly. Reports reveal that the Ugandan government has partnered with MediConnect, a blockchain startup, to trace and eradicate counterfeit drugs in the country.

The East African nation is seen to be open to the blockchain and crypto technologies with Binance signing up many traders in the country. President Yoweri Kaguta Museveni, Health Minister Jane Ruth Aceng, and other top-ranking government officials supported the MediConnect’s blockchain-based platform’s initiative. The platform is well-designed to deal with different issues that affect the pharmaceutical sector in Uganda.

The government confirmed that it would deploy the blockchain platform to track counterfeit drugs. The platform supports the recording of prescription medication. The records will help to identify counterfeit drugs. That identification will prevent their distribution is all the pharmaceutical supply chains within Uganda.

10% of medications prescribed in Uganda have counterfeit copies available in the public market according to the Ugandan National Drug Authority. The CEO of MediConnect, Dexter Blackstock, believes that the Ugandan government understands the need to act fast to thwart the counterfeit drug problem that is threatening to pull the country down.

MediConnect believes that Uganda will see the benefits provided by tracing medication on a secure and scalable blockchain network that it is developing. Blackstock added:

“We see this as an important opportunity for MediConnect to form part of Uganda’s national infrastructure and protect its citizens by ensuring all drugs in circulation are authentic and safe.”

The partnership came after the 2019 Africa Blockchain Conference in Kampala hosted by President Museveni. In his inaugural speech, the president reportedly supported the use of blockchain technology in Uganda.

46 organizations recently joined the Binance Charity Foundation. They promote the “Pink Care Token” (PCAT) that strives to enhance feminine health in developing nations. The maiden delivery of PCAT and sanitary pads was scheduled for mid-July in Uganda.