China Now Considers Bitcoin as Property Again: Is this a ‘Major Milestone’ for Crypto Markets? 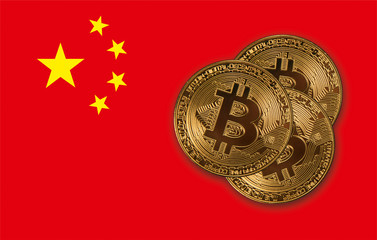 Since the 2017 ICO boom, China has made it public that all crypto activities are banned within its jurisdiction. However, that stand seems to be changing. Bitcoin has gained legal recognition from a second Chinese court. This move is perceived to be a major boost for the largest cryptocurrency in one of its toughest environments.

Dovey Wan linked to local media coverage saying that the Hangzhou Internet Court formally described BTC as virtual property. The investor made that announcement on July 18. Is this a watershed for Bitcoin in China? The ruling came about in the proceedings of a dispute between the now-defunct exchange and one of its regular users who lost funds.

For Wan, the case in a second such court to attribute property status to Bitcoin marks a major watershed for Bitcoin in China. This is encouraging news for Bitcoin where a blanket ban on trading virtual currencies has been in place since September 2017. After positive comments and sentiments from the US lawmakers on Thursday, BTC/USD rallied sharply on Friday.

However, many analysts and commentators believe that China likely also influenced the return to form above $10,000. Wan tweeted that this case is a significant milestone that suggests BITCOIN IS ACTUALLY LEGAL in the People’s Republic of China.

It is Virtual Property not Fiat Money

Reports reveal that China has long developed a curious focus for Bitcoin analysts. All that focus comes in spite of the state-imposed moratorium on using the token. It is also evident that more and more people in China are looking into the crypto world. The country has surprisingly emerged as a leader with matters of public interest in the Libra project.

Libra’s searches are ranking third on the country’s Weibo search engine. While Bitcoin staged a comeback in 2019, reports emerged that consumers were finding alternative on-ramps to the traditional exchanges. Investors started buying stablecoins like Tether (USDT) through over-the-counter deals.

According to Global Times, a local English-language news outlet, the People’s Bank of China (PBoC) did not openly disagree with the Hangzhou decision. An official from the bank going by the surname Li told the publication on July 18 that Bitcoin is virtual property but not fiat money.

These comments are in contrast with the state’s perspective on Facebook’s Libra virtual currency project. State officials voiced their concerns about the matter. What followed were allegations stating that they had started developing a digital currency of their own.