Masked Gangsters Break into the Bitcoin Embassy in Birmingham, England 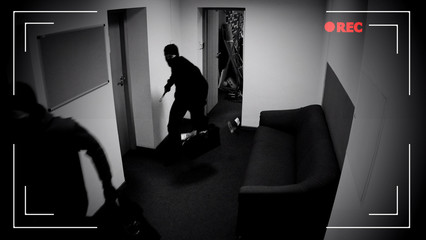 Reports reveal that a gang of masked men raided a Bitcoin embassy in Birmingham, England. That incident sparked a police investigation aiming to determine the identity and the motive of the gangsters.

A local Facebook page Brumz Updates posted footage showing the burglars ransacking the building while sirens blared on July 15. In that occasion, witnesses appear on the footage looking on the happenings helplessly as the robbery takes place. Seconds later, the gang sped off from the crime scene in a waiting car.

According to official reports by the West Midlands Police department, nothing of value was stolen from the business. However, the authorities confirmed that they will carry on with the investigation hoping to catch the thieves.

Other reports from the Daily Mail indicate that the thieves tried to use a rope attached to their car to steal a Bitcoin ATM. Adam Gramowski, the owner of that establishment told the newspaper that he thinks the robbers were after cash inside the ATM rather than cryptocurrency. He said:

“There are no BTC [Bitcoin] in the machine, they are being sent directly from our server.”

The motive of that raid was not established. However, De Telegraaf conducted their investigation revealing that the victim had been trading cryptocurrency. The police confirmed that version of the story.

It is now clear that cryptocurrency thieves have become a physical as well as an online threat. On previous occasions, Bitcoin owners have encountered face-to-face attacks from criminals and forced to deposit different amounts of digital currency into anonymous wallets.